ABOVE: Glinda had that wasp waist!

BELOW: Keep reading for the murder of an influencer, justice for the gay Arab men beaten in that viral video, Postmaster General admits he's slowing the mail and more ...

The influencer may have died at the hands of a friend. (Images via TikTok)

OUT: Ali Zabinov, a 23-year-old gay influencer in Russian, was brutally murdered in St. Petersburg over the weekend. Known as Ego Gromov on TikTok an IG, he was beaten and strangled in a friend's home. It is theorized that the so-called friend, an older man, murdered him.

SOCIALITE LIFE: Mariah Carey's estranged sister is suing their mother for allegedly sexually abusing her in satanic rituals as a child.

HAARETZ: A 16-year-old has been arrested on suspicion he was one of two people how mercilessly beat a gay couple at Jaffa Port, an excruciating incident captured on video and widely shared.

POLITICO: Trump has signed an executive order banning TikTok in 45 days if it isn't sold to an American company. TikTok is threatening legal action, no doubt set to a Megan Thee Stallion track.

THE HILL: Rep. Mark Walker (R-North Carolina), a churchy kinda guy, has urged Jerry Falwell Jr. to step down from his post as head of Liberty U over his “appalling” behavior. (Arm around a chick, holding booze.) 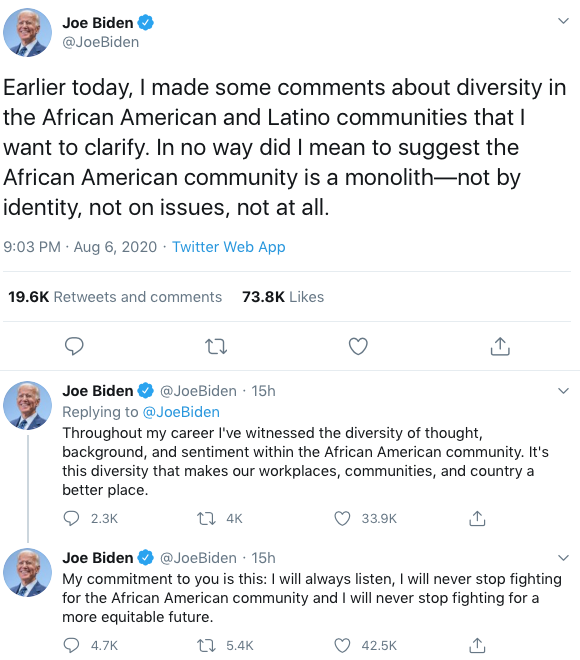 I prefer someone who listens and learns. (Image via Twitter)

CNN: Trump and other Republicans have tried to make it seem like Joe Biden's comments on the diversity of the Black vs. the Latino communities was a major faux pas. Unlike Trump, Biden listened and immediately clarified, with respect. 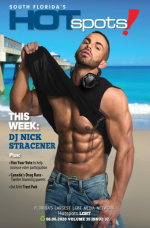 single — decades after their last!

YOUTUBE: Teens listen to “In the Air Tonight” by Phil Collins for the first time, 40 years after its release: