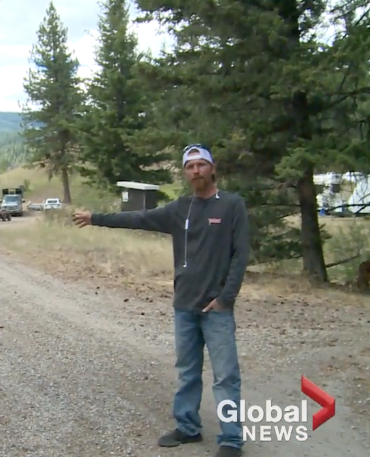 No arrests were made. (Image via Global News)

GLOBAL NEWS: British Columbia man says he was beaten by a mob after being recognized as someone who had shopped for groceries with his male partner.

NYT: P-Town is open, but wear that mask — a report from a low high season.

HOUSE COMMITTEE ON OVERSIGHT AND REFORM: Turns out the Trump Administration turned away a huge chunk of ventilators, diverting them to China (!), and overpaid for the ones they took by $500M.

At no point in my career or life have I felt our nation’s values under greater threat and in more peril than at this moment. Our national government during the past few years has been more reminiscent of the authoritarian regime my family fled more than 40 years ago than the country I have devoted my life to serving.

Our citizens are being subjected to the same kinds of attacks tyrants launch against their critics and political opponents. Those who choose loyalty to American values and allegiance to the Constitution over devotion to a mendacious president and his enablers are punished. The president recklessly downplayed the threat of the pandemic even as it swept through our country. The economic collapse that followed highlighted the growing income disparities in our society. Millions are grieving the loss of loved ones and many more have lost their livelihoods while the president publicly bemoans his approval ratings.

It just gets more powerful from there.

NYT: Daniel S. Perry, 33, an active-duty military officer moonlighting as an Uber driver, shot and killed Garrett Foster, 28, a former member of the Air Force, at a BLM rally in Austin, Texas, last month. Perry, who had written about killing protesters, carried the gun for self-protection, but appears to have shot Foster point-blank and is claiming self-defense because Foster was carrying a rifle (legal in Texas).

YAHOO! NEWS: Trump's dream of shutting down the USPS ahead of the November election — or at least hampering it in its ability to deliver votes — is one step closer to reality.

MSNBC: Connie Culp, the first U.S. face-transplant patient (she got the procedure in 2008), has died of undisclosed causes at 57.

YAHOO! NEWS: The Trump Administration reportedly scrapped a national testing plan for the coronavirus once it became clear, early on, that the virus was mostly hitting blue states.

CNN: A white BLM protester held up a BLM sign near a KKK HQ in Arkansas. The visceral response from passersby is insane:

HUFF POST: Trump vows to ban TikTok from operating in the U.S. Though there are legit security concerns — the U.S. military banned it last year — it would appear Trump is mostly upset that TikTok users helped fake him out that his Tulsa rally would be a blow-out rather than a bust.

This move also makes clear he is against allowing a U.S. entity (Microsoft) to buy TikTok. Frances Farmer never appeared on The Muppets, but ... (Image via Disney+)