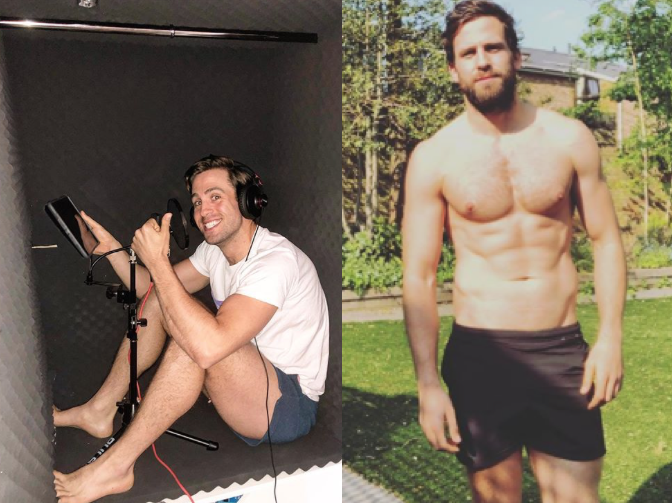 INSTAGRAM: Trust me — Dino Fetscher is one of the hottest actors aliiive.

GRAND FORKS HERALD: Inspiring to see this city councilwoman from Minot, North Dakota, push back against a homophobe objecting to the city acknowledging LGBTQ people with a Pride flag by asserting:

I am proudly the first openly elected lesbian in North Dakota. So that is why I am not paying any heed to your crap. We, the people. I'm the people. I live in Minot. I am a taxpayer. I am a person. I get to see myself represented on that flagpole.

KENNETH IN THE (212): This guy might flip you if you're only into very muscular or very skinny men. This one might make you a foot fetishist.

GR8ERDAYS: RIP Shere Hite, who took a lot of insults (and made serious bank) for her questionnaire-based books on human sexuality in the '70s and '80s. Also: RIP Terence Conran, the designer and retailing magnate. I have clung to some of his bookshelves, even as I've moved into successively smaller apartments.

NYDN: The Dakotas are increasingly anti-mask ... and increasingly riddled with COVID-19. See how that works?!

POLITICO: One reason Trump is so, er, confident is his advisors are telling him that while Biden is winning 71% of those voting by mail and has a wide lead among those voting before Election Day, somehow, magically, Trump's voters will swarm the polls in unprecedented numbers to make him win on November 3.

TPM: Trump is calling for more extrajudicial killings — encouraging cops to kill suspects outright, avoiding a trial. PLEASE tell me again why it's wrong to call him Hitler?

HUFF POST: Mike Bloomberg had pledged money to help Democrats win, but wasn't ponying up — until now. The guy who spent a billion dollars running for prez is now pledging at least $100M to help Biden over the finish line in Florida. Biden/Harris have polled slightly ahead of or tied with Trump/Pence in Florida, a state Obama/Biden won twice.

INSTAGRAM: Stonewall legend Miss Major, 79, and her much younger husband (who is carrying the baby) are expecting.

HUFF POST: QAnon believers are so fixated on child-sex trafficking they're actually impeding progress toward making it stop.

SOCIALITE LIFE: It's amazing to me that a judge ruled a paparazzi image of Jon Hamm used by Huff Post to insinuate that he's hung was ruled protected under fair use. Pap agencies are relentless if you use a photo by mistake, up to and including suing your big dick right off. I wonder if this decision could have implications for blogs? Wait, what are “blogs”?

GR8ERDAYS (FOLLOW HERE): Nell Carter had a challenging and short life, but her joy in this Night of 100 Stars clip from 1982 never, ever fails to lift me up: