BUZZFEED NEWS: Gay billionaire Peter Thiel NAILED for cozying up to white supremacists. Revolting man. So, so many horrible people in power are gay. We have to accept that, and we have to repudiate them wherever we find them. It boggles my mind that Ellen DeGeneres is excoriated on a daily basis for not being nice enough, and we only hear about Peter Thiel once a year. 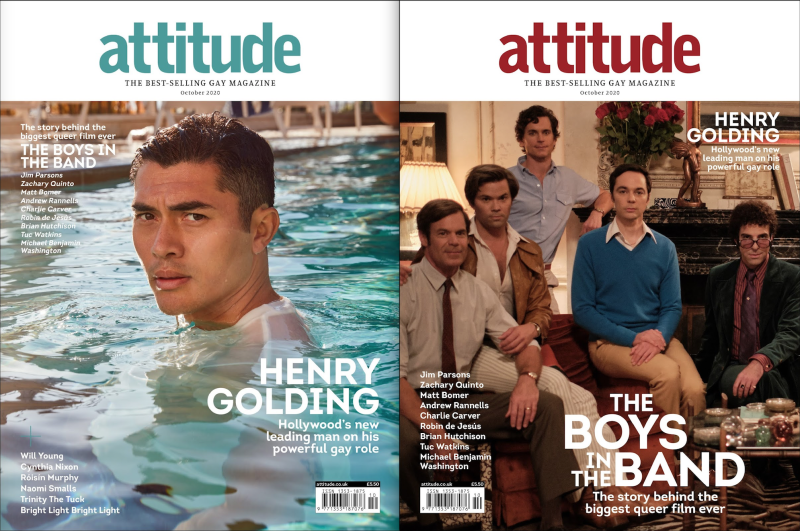 The men of the ours. (Images via Attitude)

KENNETH IN THE (212): Remember to support your last remaining LGBTQ magazines, both by buying physical copies and clicking on their sites! Attitude continues to be the gay mag of record, IMHO, with its two newest covers given over to hot star Henry Golding and Netflix's Boys in the Band-mates.

In this same ish, Bright Light Bright Light reveals that as a DJ who does not do drugs and a guy who isn't a gym bunny, he doesn't feel he is body appropriate for the gay community. I've never understood talk like this. I wouldn't fit in in some segments of gay society — or some segments of society — but it's never gotten under my skin.

NBC NEWS: The Trump Administration is siding with a Catholic school, agreeing they should be able to fire a gay teacher.

THE HILL: Biden and Pence bumped elbows while commemorating 9/11, which was nice, though I hope Pence didn't slip him any nerve agent. Bloomberg watched from a distance:

POLITICO: Are Evangelicals finally cooling to Trump?! Regardless, Dems have a huge advantage over Republicans in early voting. Yuge.

CNN: Were Kansas City fans booing a moment of unity, or booing Texas? Either way, classless.

THEATERMANIA: Fauci says we need to hunker down, because while a safe and effective COVID-19 vaccine is likely by year's end, people wouldn't all be vaccinated until fall 2021, so it could still be another year after shots begin before we can sit safely in a theater. Truly sobering news for Broadway, and all other indoor entertainment venues.

JOE.MY.GOD.: Trump critic Napolitano of Fox News has been hit with a complaint that he forced an accused arsonist to give him oral sex while he was a judge, thereby avoiding a long prison term. In the 1980s. 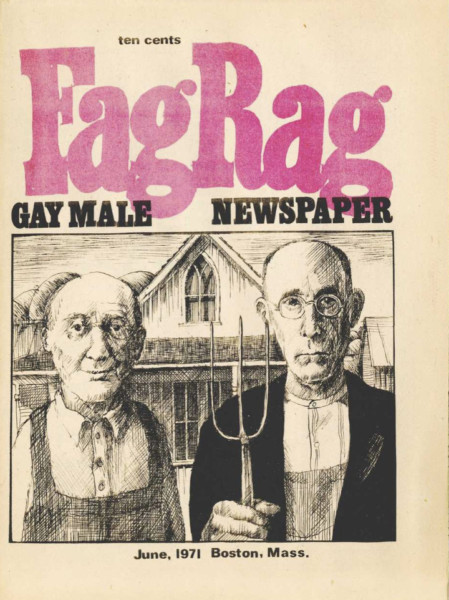 CJR: A look back at the early gay publication Fag Rag:

One of the most distinctive was Fag Rag, founded in Boston in 1971. It was the brainchild of Charles Shively [1937-2017], a history professor, poet, unconventional scholar of Walt Whitman, anarchist, and incendiary theorist of gay liberation. Although Fag Rag was produced by a revolving collective of volunteers, Shively was the publication’s ideological mainstay. His commitment to sexual freedom was inseparable from his commitments to political, economic, and cultural revolution. In a series of provocative essays — among them, “Indiscriminate Promiscuity as an Act of Revolution,” “Bestiality as an Act of Revolution,” and “Incest as an Act of Revolution” — Shively laid out an idiosyncratic and unabashed vision of queerness as an egalitarian, feminist, anti-capitalist, race-conscious, and defiantly countercultural force. His essays were confessional and adventurous, and drew examples from his own sex life to bolster his structural critiques. That sensibility was in line with the slogan of second-wave feminism, “The personal is political,” and it sustained Fag Rag for thirty issues between 1971 and 1987, years that spanned the ecstatic dawn of gay liberation through the depths of the AIDS crisis.