ABOVE: I love this song. 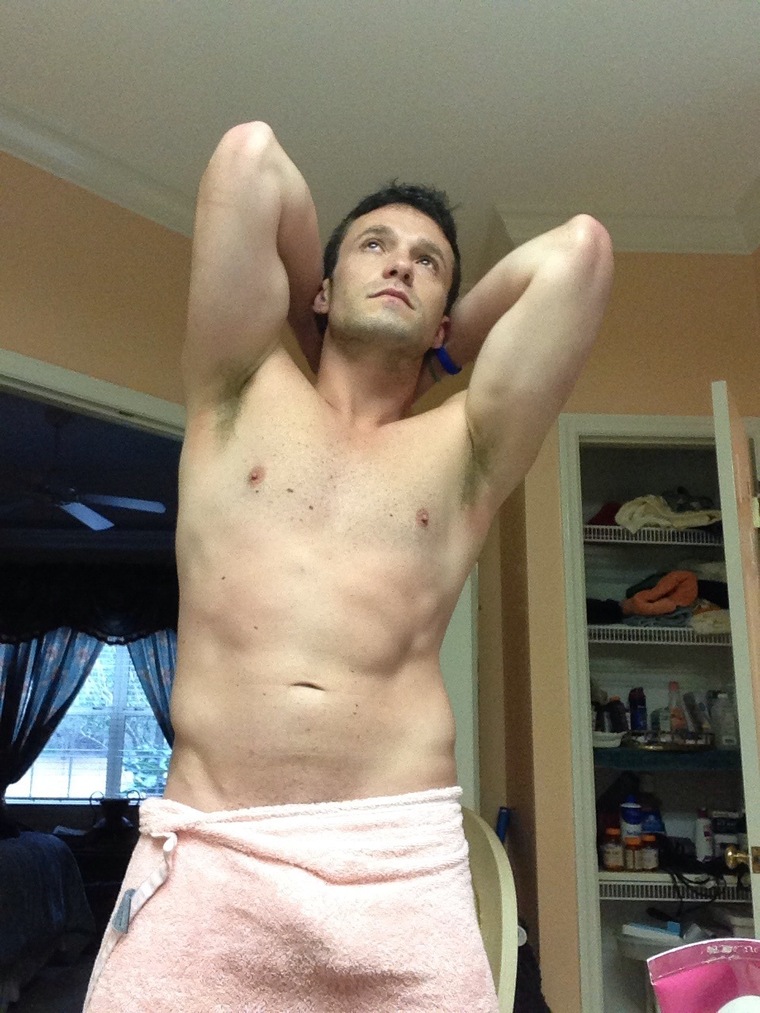 Jason might just throw in the towel! (Image via OnlyFans)

ONLYFANS: Sordid Lives actor and Billboard-charting singer Jason Dottley is soaring on OnlyFans — he's the LGBTQ Bella Thorne! You can sub to him for just $15 for three months now.

REUTERS: Trump, earlier this year, removed a flag honoring missing war vets from a prominent position atop the White House, relocating it to a spot on the South Lawn. I guess he prefers flags honoring people who weren't captured? Ironically, the black flag states: YOU ARE NOT FORGOTTEN. Until you are ... until you are.

POLITICO: Trump officials meddled with the science of the CDC, demanding — and receiving — the right to review the CDC's findings. The people checking those findings were Republican political appointees. That Trump continues to poll in the low 40s in this country is a condemnation of the purpose of the U.S.

CA Gov. Gavin Newsom: "The debate is OVER around climate change." pic.twitter.com/ATFQQWOpsa

TPM: This is stomach-turning, but also probably doesn't change anything: QAnon nutjob Marjorie Greene, running for Congress in Georgia's 14th, is now running unopposed. Though the district's extremely right-wing makeup made her ascent to Congress all but certain, it is now certain — her Democratic opponent, Kevin Van Ausdal, dropped out Friday citing personal issues that will cause him to leave the state. His campaign thinks there is time for a new Democrat to jump in, but state Republicans disagree. Seems our first QAnon loon is about to roam the halls of Congress.

ELECTORAL-VOTE: In Florida, ex-felons must pay all their fines or they can't vote after all. The decision ends the possibility that 100,000s of ex-felons were about to be re-enfranchised prior to November's election.

NYT: New York City's reopened museums — where to go, what to see

TWITTER: Sara Gideon is going to kick Susan Collins's ass — listen to Collins refuse to even endorse anyone for POTUS. Such a mealy-mouthed-two-faced politician:

When pressed by @SaraGideon to announce publicly who she will support for President of the United States in tonight's US Senate debate in Maine, @SenatorCollins chickened out and declined to endorse Donald Trump. pic.twitter.com/IOhbvvhgIZ

It’s hardly accidental that most if not all of the right-wing attacks on Cuties invoke Netflix’s connection to Barack Obama, although the Obamas, who do have a production deal with Netflix, had nothing to do with the film’s acquisition. It’s a way of winking at QAnon’s insistence that the Democratic Party is a haven for pedophiles, and it ties in neatly with the terror of Black and especially African sexuality that lurks just beneath the moral panic around Cuties.

POOR PEOPLE'S CAMPAIGN: Joe Biden will speak at the Poor People's Campaign's Moral Monday Mass Assembly on September 14 at 4 p.m. PT/7 p.m. ET. Trump has ignored an invitation to speak. Barbra Streisand, Jane Fonda and Mark Ruffalo will also be on hand. Low-income voters make up about 25% of the electorate. Related: For the first time in memory, a presidential candidate has specifically included the needs of Black farmers of color in his platform — and it's Biden:

Black farm producers, who number almost 49,000 nationally, are concentrated in Southern swing states, including North Carolina, Florida and Georgia. When combined with other farmers of color, also a focus of the Biden campaign, the total swells to 260,000 producers. Many say it's the first time in years a presidential nominee has paid attention to their needs.