ABOVE: My thighs adored you ...

BELOW: Keep reading for Demi's breakup, Trump's effort to buy Black votes, a chat with Dr. Fauci and more ... 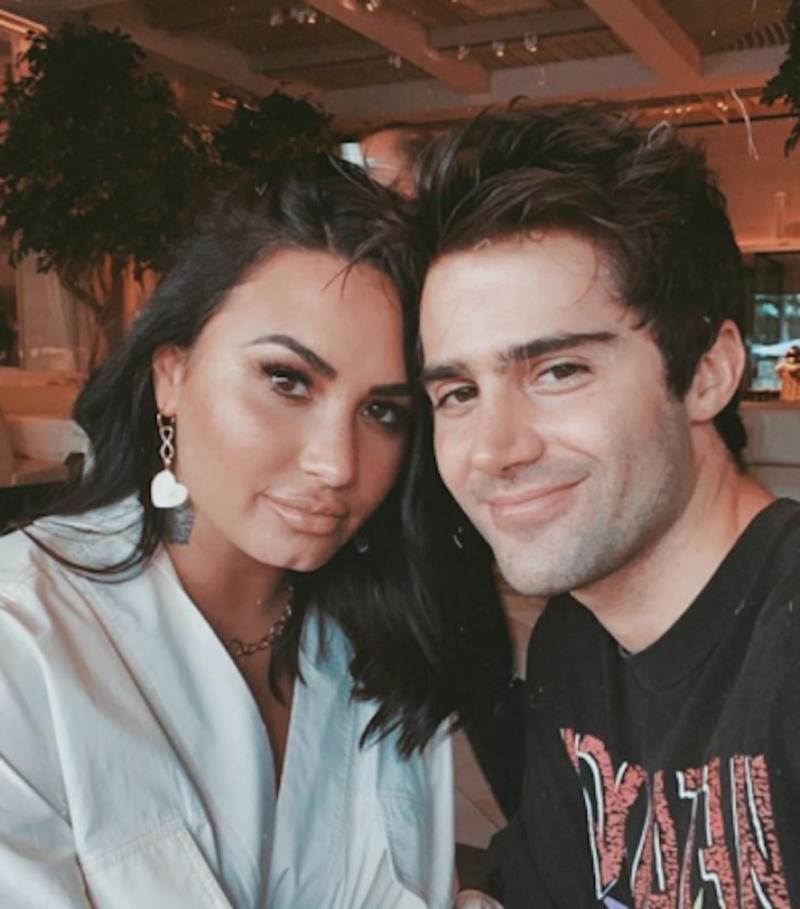 GAY FLESHBOT (WORK UNFRIENDLY): Demi Lovato and her fiancé Max Ehrich are already broken up ... and gay rumors are swirling.

HUFF POST: Trump is picking Amy Coney Barrett for the SCOTUS, bypassing Latina Barbara Lagoa. (He announced mean new restrictions regarding Cuban goods this week in place of choosing her to win Florida's Cuban Americans.) The selection of Coney Barrett led to Aunt Lydia (Handmaid's Tale; she believes women should be “ruled over” by their husbands) trending on Twitter. She's fervently anti-Roe v Wade, anti-Obamacare and anti-marriage equality. She also does not believe strongly that major SCOTUS rulings (like Obergefell) should be precedents, and only some are superprecedents. THE HILL: Trump, baldly begging for Black votes, claims he will get Juneteeth designated a national holiday and KKK (and Antifa!) as a terrorist group. Forty days before the last time he will ever need voters for any reason.

SLATE: Tucker Carlson won a court case based on the judge's decision that his show is not a credible source of news.

DAILYKOS: Georgia's Senate race is superclose, and fourth-place to-be-loser Matt Lieberman is proving the apple doesn't fall far from the tree (he's superdouchebag Joe Lieberman's son) by vowing not to drop out, thus opening the door to the possibility that the top two vote-getters will both be Republicans.

POLITICO: Trump ordered a feel-good COVID-19 campaign involving Dennis Quaid (right-wing as hell) and CeCe Winans (Christian as hell), but the money was not supposed to be used for campaign purposes. Michael Caputo, who crafted it, has metastatic head and neck cancer as of yesterday.

INSTAGRAM: AIDS activist Peter Staley had a long chat about COVID-19 with Dr. Fauci — somehow, Dennis Quaid was not involved:

TWITTER: Ginsburg's trainer did push-ups casket-side in a tribute: