Hankison Indicted... But Not For Killing Breonna Taylor; No Other Cops Indicted Comments (0)

In a grotesque injustice, 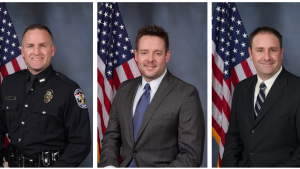 a grand jury in Kentucky has indicted former officer Brett Hankison on three counts of wanton endangerment for shooting into the apartments of other people — but not for his role in the shooting death of Breonna Taylor.

He could get a max of 5 years per charge.

The two other officers involved, Jonathan Mattingly and Myles Cosgrove, were not charged.

Therefore, all the actions taken by the cops that led to Breonna Taylor's death are considered within the law.

It feels very much like the powers that be are attempting to stoke unrest in the weeks leading up to the election. Why else was this process so prolonged if not to have maximum impact?

Reminder: Kentucky's AG is a Black man — but a Black Republican man.