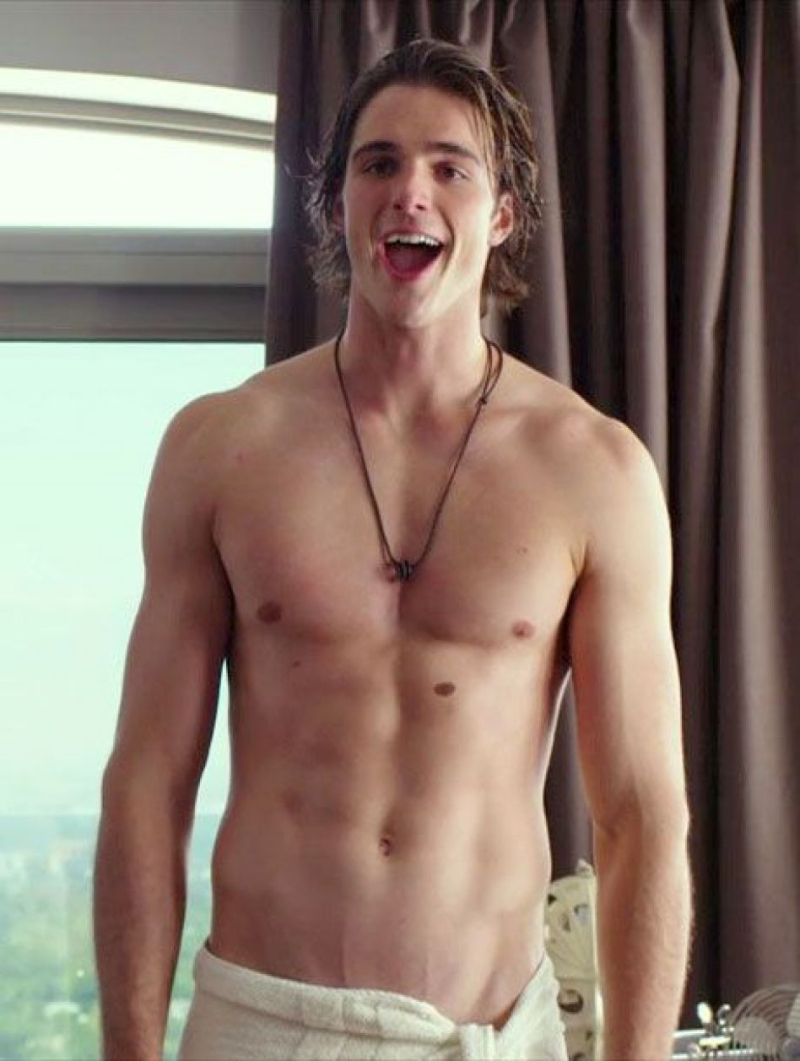 Man, I wish he'd throw in the towel — but never quit. (Image via Netflix)

GAY FLESHBOT (WORK UNFRIENDLY): So, so many shirtless Jacob Elordi pics ... including one in nothing but a towel.

NYT: Yet another poll shows voters want the winner of the presidential election to fill the SCOTUS seat, proving again that Ginsburg's death is not helping Trump — it is merely helping the right's fiendish desire to eliminate the ACA, Roe v Wade and Obergefell, and to erase the existence of President Obama. P.S. This poll also shows that by 50-43, voters think Biden would make a better SCOTUS appointment, yet 56-41 want to wait, so it's not just Biden voters who think it is wholly unfair for Trump to rush through this appointment. P.P.S. The same poll has Biden winning the presidency 49-41.

Democrats need to harp on the utter disrespect being shown to Ruth Bader Ginsburg in nominating and preparing to rush through Amy Coney Barrett. Case in point: pic.twitter.com/GCc8c3hq8r

HUFF POST: Reality bites — the Senate can't stop Amy Coney Barrett's inevitable confirmation. The only thing standing in her way would be some Republicans voting her down, which will not happen. However, Dems can make life hard for McConnell.

CNN’s @jaketapper to Jill Biden: “Your husband has been known to make the occasional gaffe…”
Biden: “You can’t even go there. After Donald Trump you cannot even say the word gaffe.” #CNNSOTU pic.twitter.com/bBInkVhm6L

NEW YORKER: James Baker, Republican stalwart, says in his new book that he thinks Trump is “nuts” ... but still may vote for him a second him. I think Dennis Quaid is “nuts” ... but he was paid to appear in ads to reassure us that Trump's COVID-19 response has been cool.

But fuck Baker: Former Republican Gov. Tom Ridge of Pennsylvania is endorsing Biden in a state Biden needs to win:

I actually consider it a point of personal pride that I’m recognized for being among the first Republicans to reject Donald Trump. It was way back in December 2015. I told NBC’s Chuck Todd that day that I could never support Trump. I said then that he was an embarrassment to the Republican Party and our country. I said he belittles, demeans, and ridicules people who disagree with him, and that I’ve never thought that loud, obnoxious, and simpleminded solutions to complex problems are the kind of qualities we want in a president. I believe that earned me my first of several Trump tweets of indignation.

WAPO: This story of how Donald Trump sought to control his family estate in order to salvage his own financial ruin should be a movie. I would not watch it, but still.

KENNETH IN THE (212): My favorite black Speedo I've ever seen. Until I see the next one.

TWITTER: Mariah Carey, promoting her new memoir, mentions that she once did an entire, unreleased album of alternative rock for shits and giggles.

Fun fact: I did an alternative album while I was making Daydream 👀 Just for laughs, but it got me through some dark days. Here's a little of what I wrote about it in #TheMeaningOfMariahCarey 🤟 S/O to my friend Clarissa who performs the lead w/ me as a hidden layer #Chick #TMOMC pic.twitter.com/Re23t5whcd