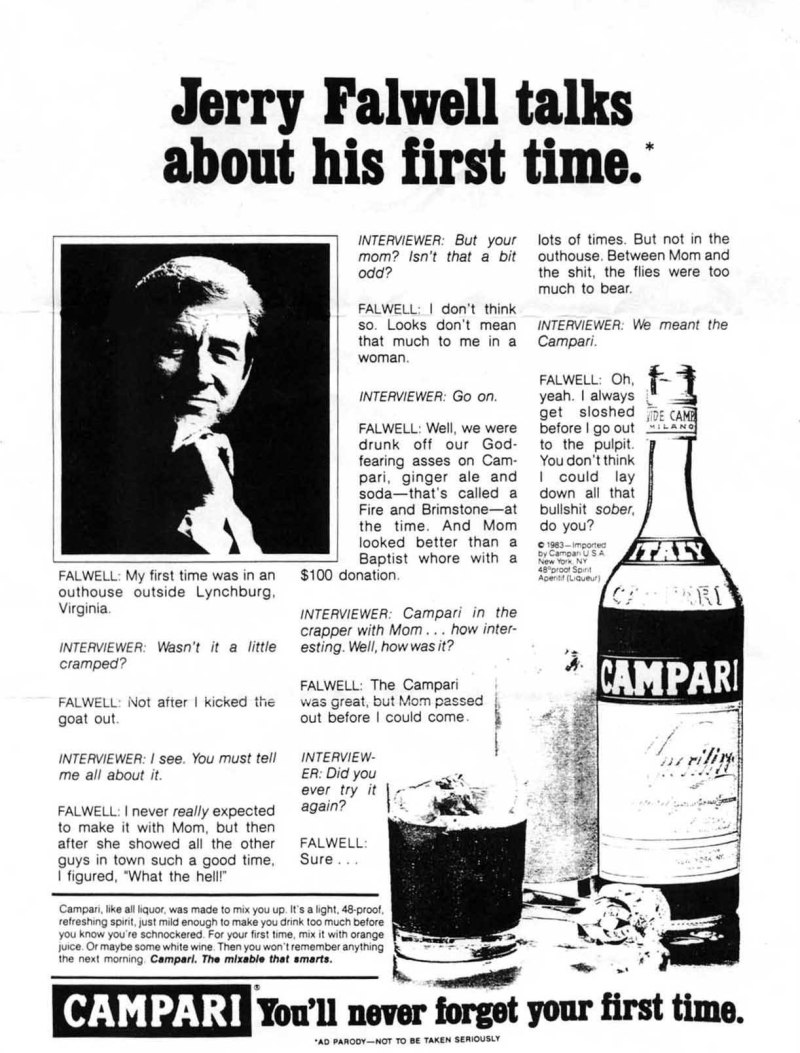 Larry Flynt, 77, turns in an insightful essay for Daily Beast, wherein he reminisces about one of the biggest battles of his life — the fight for free speech.

In 1983, his Hustler published a gross-out parody Campari ad that contained a clearly fake interview with Jerry Falwell Sr., in which Falwell confessed to losing his virginity to his mother. In an outhouse.

I shit you not.

Falwell sued, and it went all the way to the SCOTUS, where a unanimous decision supported Flynt's right (and all of our rights) to express himself artistically in a satirical way about a public figure.

Flynt's new essay reveals that Falwell forgave him and socialized with him, even sending him Christmas cards, but the meat of the piece (with all due respect to Falwell's late mom, God rest her hole) is Flynt's underscoring of why religious demagoguery is a plague in our country — and how Falwell's secretly perverse son is a great example of why. After all, did Little Jerry help drag Trump over the finish line?