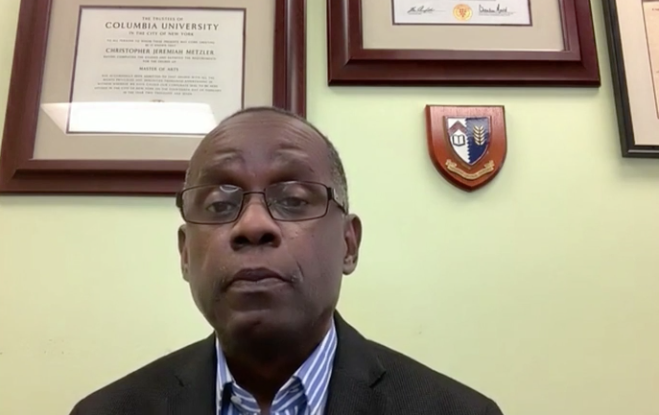 Listening to this person, Black Republican strategist Dr. Christopher Metzler, primly excusing the Trump Campaign's tactic of actively suppressing the Black vote in 2016 is jaw-dropping. It is jaw-dropping that anyone would go on the air and so resolutely pooh-pooh concerns over such a repugnant, undemocratic practice, let alone a Black man.

He even refers to voters as its.

Below, watch Channel 4's report on the Cambridge Analytica scandal: