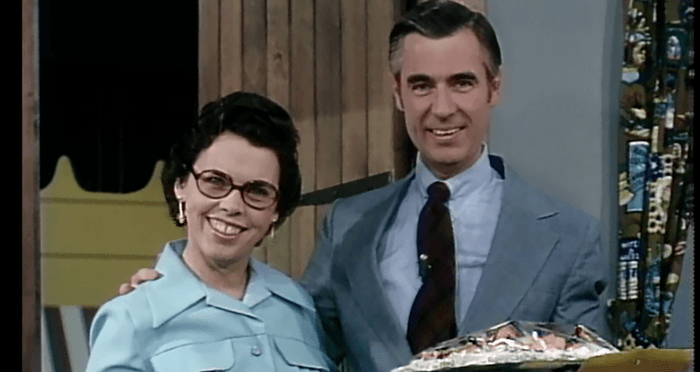 Fred Rogers, he of TV's Mister Rogers fame, died long ago — but his widow, Joanne, is alive at 92, and kickin' Trump.

Trump visited her homebase of Latrobe, Pennsylvania, today for another of his maskless mini-rallies, and she didn't hold back when asked by The Daily Beast for her opinion on 45:

Fred tried to stay pretty quiet about politics, basically because his program was for children. I’m alone now. I don’t do a program for children. I think he’s just a horrible person. I think maybe the fact that Mr Trump seldom tells the truth. If he does, it’s just a fluke, I think. But the fact [is] that I can’t believe anything he says, not even the simplest thing.

She summed it up with:

It truly is not a beautiful day in her neighborhood today. But it will be again when Trump leaves.