To QAnon And Back: One Monster's Story Comments (0) 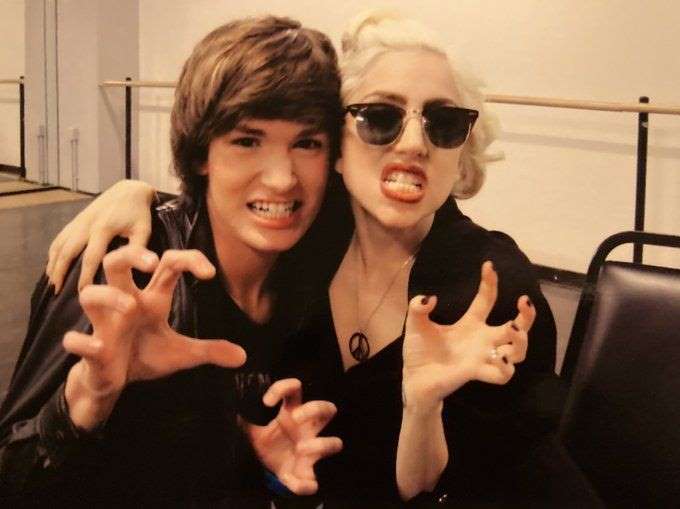 He truly was a little monster. (Image courtesy of Stephen Ross)

This is a tough story to digest — I think QAnon and all the other conspiracy theories that are absorbing the U.S. and the world are massive threats to safety and to the very fabric of civilization, and while Stephen Ross has escaped the demented thinking of QAnon, that he went there so fully in the first place leaves me with more fear than hope.

Ross was a teenage little monster devoted to Lady Gaga, and graduated 12th in his high school class of 400. Still, a first boyfriend who was obsessed with InfoWars and a second who was Evangelical (the kids are not all right, guys) pushed him toward Pizzagate and Sandy Hook conspiracies, and ultimately into QAnon.

A kid who had been at a meet-and-greet with Lady Gaga was now fully believing she and Hillary Clinton literally eat babies. (I used to wonder how fans of the love-everyone, anti-anti-gay, anti-racist Gaga could sometimes be viciously inhumane, racist and use beyond-the-pale anti-gay language — but I guess I never met the baby-eater brigade.)

He did extricate himself, with help from his parents and sister, but how many others will not? How many others are out there believing Antifa set Oregon's forest fires, or that COVID-19 isn't real, or — the list goes on and on.

And if you believe someone eats babies, what would stop you from trying to kill them?