Trump's Fake TikTok Crisis Over + Clinton On RBG-Seat Hypocrisy + The Pope: GOD LOVES YOUR CHILDREN AS THEY ARE + MORE! — 12-PACK Comments (0)

ABOVE: There are only so many '70s/'80s men who could truly be responsible for our gay-sexual awakenings, but Randolph Mantooth deserves a slot, no?

BELOW: Keep reading for a Teamm8 player, Trump's fake TikTok crisis averted (by Trump), Clinton on SCOTUS shenanigans and more ... 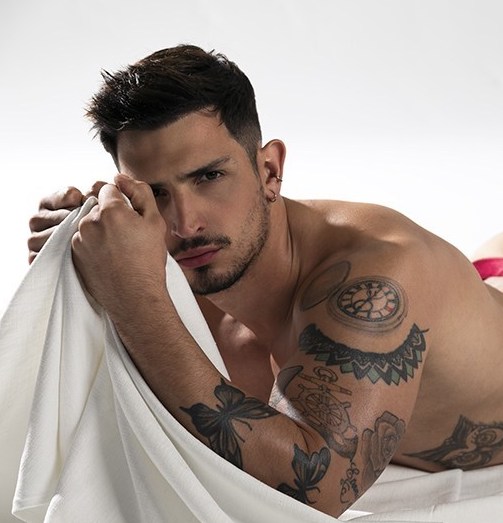 The uncropped is even better. (Image via Teamm8)

What a waist! (GIF via GIPHY)

OMG.BLOG! (WORK UNFRIENDLY): Tiago Iorc gets his crazy butt from all the hula-hooping, I gather.

Fmr. President @BillClinton on Sen. Mitch McConnell and President Trump attempting to fill RBG's seat: "Their first value is power and they're trying to jam the court with as many ideological judges as they can. ... It's going to further spread cynicism in our system" #CNNSOTU pic.twitter.com/d5bx6xeLk5

TWITTER: Bill Clinton, who gave us Supreme Court Justice Ruth Bader Ginsburg, speaks out on the hypocrisy of Republicans trying to jam a right-wing justice onto the Court prior to Election Day.

HUFF POST: A Trump ally blatantly offered Julian Assange a pardon if he would play ball on Russia. Remember the uproar when Clinton granted a wildly unmerited pardon to Richie Rich Marc Rich? With Trump, the presidential pardon has been wielded with gleeful, unapologetic, transactional corruption. Expect more of that before it leaves Trump's hands.

NPR: After threatening TikTok's existence, Trump swoops in to save it, approving an Oracle-Walmart deal. I do not believe TikTok users are going to exactly be grateful for this autocratic meddling.

I’m Joe Biden and I approve this message. pic.twitter.com/TuRZXPE5xK

AMERICA MAGAZINE: In a brief meeting with a group of Italian parents of LGBTQ children, Pope Francis said:

God loves your children as they are.

... the Church loves your children as they are because they are children of God. 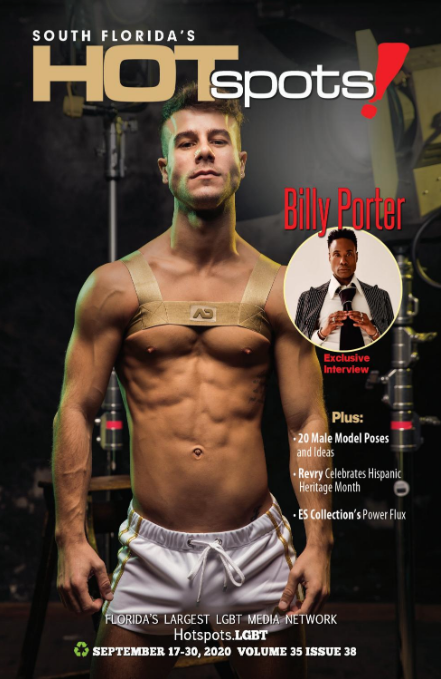 Your love is King. (Image via Hot Spots!)

KENNETH IN THE (212): The weekly roundup of gay mags includes sexy Allen King, whose name will never not remind me of not-as-sexy Alan King.

SOCIALITE LIFE: I once wrote a (pseudonymous) book on The O.C., so I don't say this lightly: FUCK YOU, SAMAIRE ARMSTRONG.

INSTAGRAM (FOLLOW HERE): Sophia Loren is, along with Sidney Poitier, among the last two living cinematic greats on AFI's all-time list of movie stars. Today, she turns 86. In honor of her birthday, I posted a video I shot in 2016 on Staten Island, in which she discusses that infamous photo of her and Jayne Mansfield: