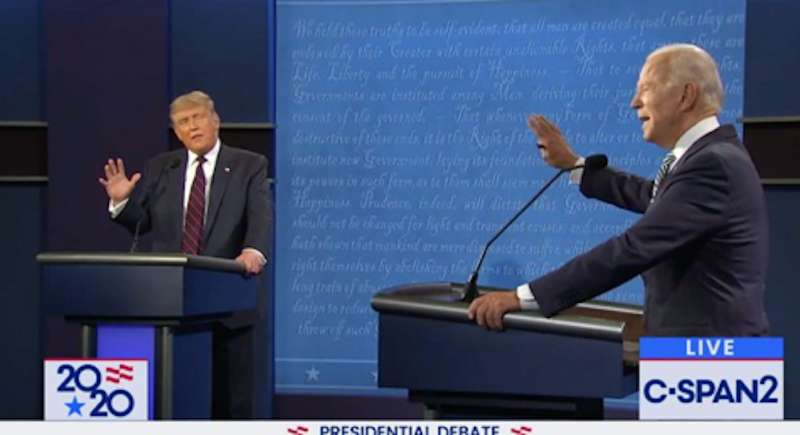 Trump lost. But so did we. (Image via video still)

The debate isn't worth parsing too closely — Trump shit the bed by coming out of the gate in a rage and getting hotter every minute, crossing every possible line without even needing to.

He could have won that debate had he never interrupted the moderator and never gone personal. 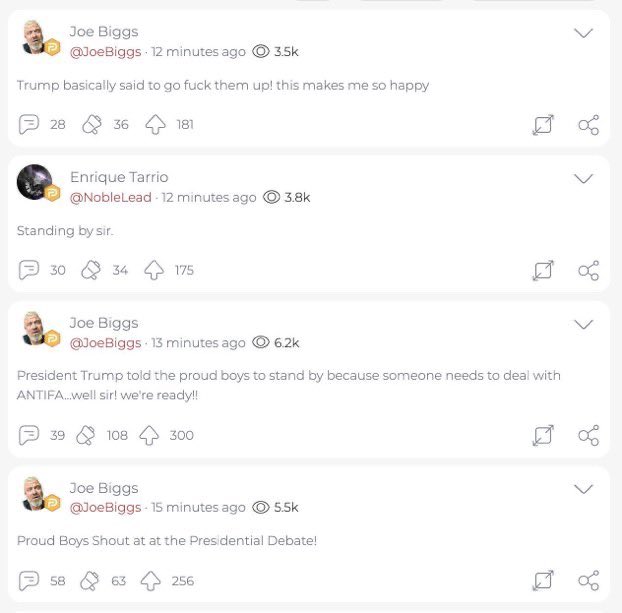 Proud Boys getting the message (Image via social media)

But I will say this: Biden was fine, but any lapses or missed opportunities (the forest burning in California are federalllll) were monumentally overshadowed by Trump's unhinged ugliness in insulting his intelligence, his son's drug addiction and making shit up, not to mention winking at the Proud Boys (“stand by”??? WTF???) and pre-impugning the validity of the yet-to-happen election.

Disastrous, and now Biden has a perfect out to say one and done.