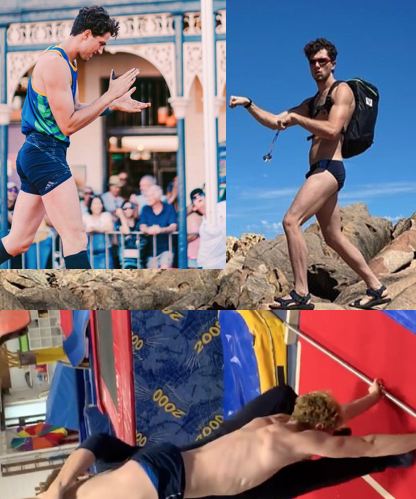 TOTTYLAND: Allll about Angus. (And other specimens.) 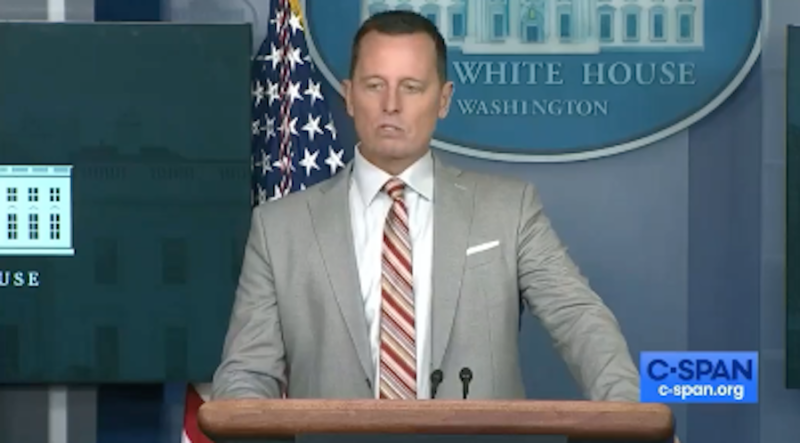 Grenell is one of the most smug, idiotic of Trump's appointees. (Image via video still)

LGBTQ NATION: Auntie Tom Richard Grenell lost his SHIT when asked about Trump's bogus pro-gay initiative overseas, an announced (but never acted upon) global initiative to decriminalize homosexuality. Comically, he branded the very question “atrocious.” He also said the White House reporters were simply too young to understand the issue he was trying to push instead of answering the fucking question.

NYT: Mike Bloomberg has gifted $100M to historically black medical schools, money meant to ease debt and free up students to help out in communities of need.

JOE.MY.GOD.: No surprise here, but even the DHS (privately) thinks white supremacists are the greatest threat to U.S. security. Case in point, the insane Boogaloo Boys (seriously, so named because they favor Civil War 2: Electric Boogaloo) tried to conspire with Hamas in a guns plot.

KENNETH IN THE (212): Novak Djokovic struck a female judge with a tennis ball. The coronavirus denialist is ever-so-sorry, so much so that he went over and touched the judge, maskless, to make up for his thoughtlessness.

EXTRATV: Matt Bomer gives back. (Not that kind.)

GR8ERDAYS (FOLLOWS APPRECIATED): Disco diva Gloria Gaynor has survived ... to the age of 77 ... so far!

ADVOCATE: White Party Palm Springs officially pushed back to April 2021 (at the earliest).

ABC7NEWS: A smoke-generating pyrotechnic device at a gender reveal party is why, so far, 7,050 acres have been torched in 100-degree-plus El Dorado, California. But Trump blames Newsom for not sweeping the, um, floors. The people who started it will be financially responsible, and might face criminal charges. (Might?)