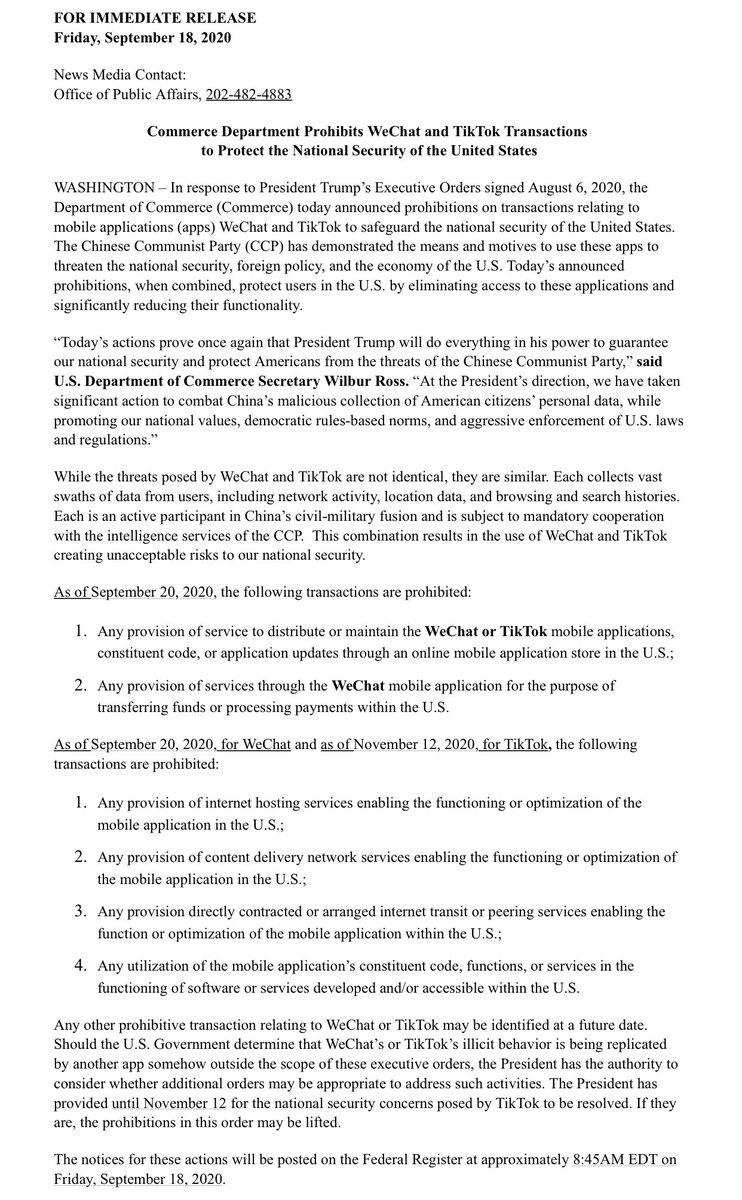 Trump is following through with his promise to ban TikTok, which seems like a great way to alienate the youth vote, and motivate some to actively vote against him so close to an election, no?

This could still change if Trump decides to change it, but the horse is out of the barn on his autocratic intentions. “Look, I could have ended TikTok but decided not to!” is a terrible argument.

Whose vote does this gain? Nobody's.

Whose vote does this lose? Plenty of young people's.