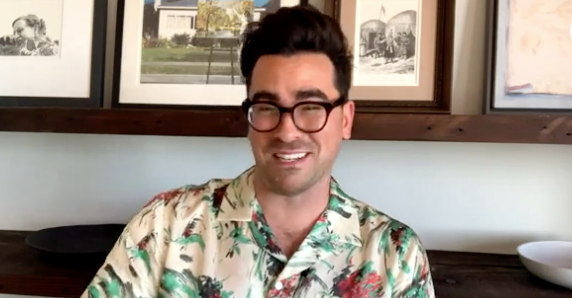 EXTRATV: Schitt's Creek, as LGBTQ-friendly a show as there ever was, made history Sunday, taking home every possible Emmy in the Comedy categories, including Series, Actor, Actress, Supporting Actor and Supporting Actress. No other series has ever accomplished this; only non-series Angels in America previously did the same thing in its own category. Queer creator and star Daniel Levy is now entertaining the possibility of a Schitt's Creek movie.

WPIX: This is unreal. Barr has designated NYC (and Portland, and Seattle) as anarchist jurisdictions in order to deprive us of federal funds. Can a civil war be kickstarted in 40 days? Asking for a Trump. Barr sez:

When state and local leaders impede their own law enforcement officers and agencies from doing their jobs, it endangers innocent citizens who deserve to be protected, including those who are trying to peacefully assemble and protest. We cannot allow federal tax dollars to be wasted when the safety of the citizenry hangs in the balance. It is my hope that the cities identified by the Department of Justice today will reverse course and become serious about performing the basic function of government and start protecting their own citizens.

Speaking of money wasted — why am I paying federal income tax if it's being withheld from me? I want last year's payment back.

Mr. President, this is low. Even for you.

No, I didn’t write Ruth Bader Ginsburg’s dying wish to a nation she served so well, and spent her whole life making a more perfect union.

But I am going to fight like hell to make it come true.

No confirmation before inauguration. https://t.co/QgwPCUK5n7

TOWLEROAD: Trump claims Ginsburg's dying wish was forged by Schiff and Pelosi, even though it was dictated by her to her own granddaughter. Schiff blasted Trump's — what? 10,000th? — lie as “low, even for you.”

HUFF POST: Sorry, but Alexandria Ocasio-Cortez WILL be POTUS one day. (Actually, not sorry. She is so fiercely smart, and while I am more cautious than she has been at times, she is rapidly maturing and is already such an intensely gifted politician.)

SLATE: I love his. We call McConnell a hypocrite over his SCOTUS machinations, but:

Hypocrisy is a mild failing. It applies to parents smoking when they advise their kids not to for their own good; it does not apply to parents lighting the family home on fire for the insurance money while high-fiving each other over how stupid their fleeing children were for thinking anything they told them was true. 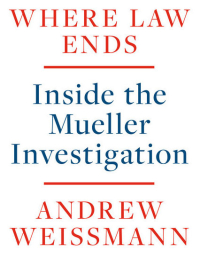 really fucked us over. He ran his investigation from a place of fear of being shut down, says his top deputy Andrew Weissman author of the new book Where Law Ends: Inside the Mueller Investigation. Weissman confirms Don Jr. and Ivanka escaped being quizzed purely for PR purposes:

“For example, the special counsel shied away from subpoenaing Don Trump Jr. to testify about his notorious June 2016 meeting in Trump Tower with a Russian lawyer offering dirt on Hillary Clinton,” the story said. “Ivanka Trump, who didn’t attend the meeting but talked with participants afterward in the lobby, and later discussed with her father how to conceal details from the press, was never even asked to speak with Mueller’s investigators.”

In Where Law Ends, Weissman said that the intimidation tactic effectively worked, writing that they “feared that hauling her in for an interview would play badly to the already antagonistic right-wing press—Look how they’re roughing up the president’s daughter—and risk enraging Trump, provoking him to shut down the Special Counsel’s Office once and for all.”

BBC: According to a bombshell report, Deutsche Bank, Trump's money-launderer of choice, facilitated a grotesque amount of funding from Russia for the Tories in the UK:

The husband of one of the Conservative Party's biggest donors was secretly funded by a Russian oligarch with close ties to President Putin.

Lubov Chernukhin has given £1.7m to the Tories, including paying to spend time with the last three prime ministers.

Leaked files show her husband received $8m (£6.1m). The money initially came from a politician facing US sanctions due to his closeness to the Kremlin.

Her lawyers say the donations are not tainted by Kremlin influence.

A leak of banks' "suspicious activity reports" - called the FinCEN Files and seen by BBC Panorama - shows Vladimir Chernukhin was sent the money in 2016 from a British Virgin Islands company linked to Suleyman Kerimov.

VICE: Civvl is a new start-up that hopes to be the Uber of ... evicting people. From their site:

There is plenty of work due to the dismal economy ... Unemployment is at a record high and many cannot or simply are not paying rent and mortgages. We are being contracted by frustrated property owners and banks to secure foreclosed residential properties.

KENNETH IN THE (212): Furry studs vs. skimpy Speedos, the age-old battle.