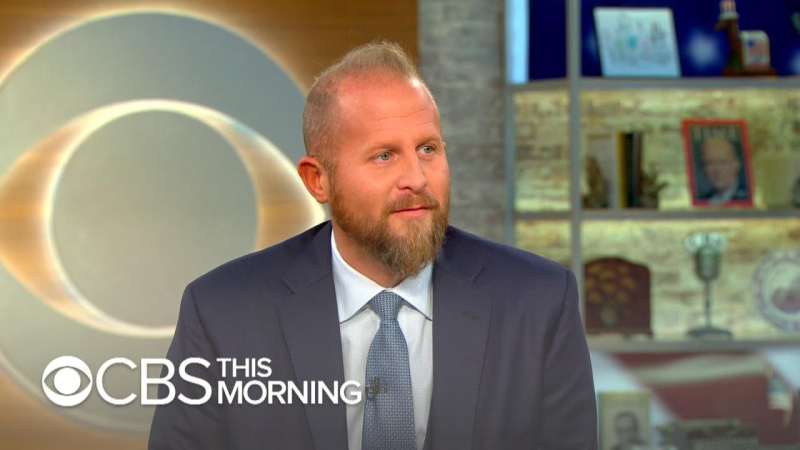 Things are going GREAT when your recent campaign manager is suicidal. (Image via video still)

Brad Parscale, the extremely unpleasant man who until not long ago was running Trump's current re-election campaign, was just hospitalized after barricading himself in his home and threatening self-harm.

Only the best people, Donald!

Via The South Florida Sun-Sentinel:

[Fort Lauderdale Police Chief Karen] Dietrich said [Parscale] didn’t threaten police and he went willingly under Florida’s Baker Act, which allows police to detain a person who is potentially a threat to himself or others. He was taken to a hospital, she said. His wife contacted police, worried that he was suicidal and had firearms.

Another good reason not to be so fucking gun-happy.

And yes, we see you, as always, Florida.

More on oily Parscale via Slate:

Parscale’s proximity to the president and his campaign, like other Trump world barnacles’, appears to have made him wealthy as well as a MAGA celebrity. The Trump campaign paid for ads on Parscale’s personal Facebook page and poured money into his firm that, in turn, handed a bunch of it right back to Trump family members. “[Parscale’s] strength from the start of the 2016 campaign, in addition to his digital know-how, was his close relationship with Trump’s older children,” The Washington Post notes. “His firm, Parscale Strategy, bills for the campaign salaries of Lara Trump and Kimberly Guilfoyle, the wife and girlfriend respectively of Trump’s two oldest sons, Eric and Donald Jr.”