FACEBOOK: Kamala Harris had a virtual conversation with Barack Obama that put a smile on my face, and will put a smile on yours, too. She is genuinely thrilled to be in this race. So adorable: “Tell me about Joe!” 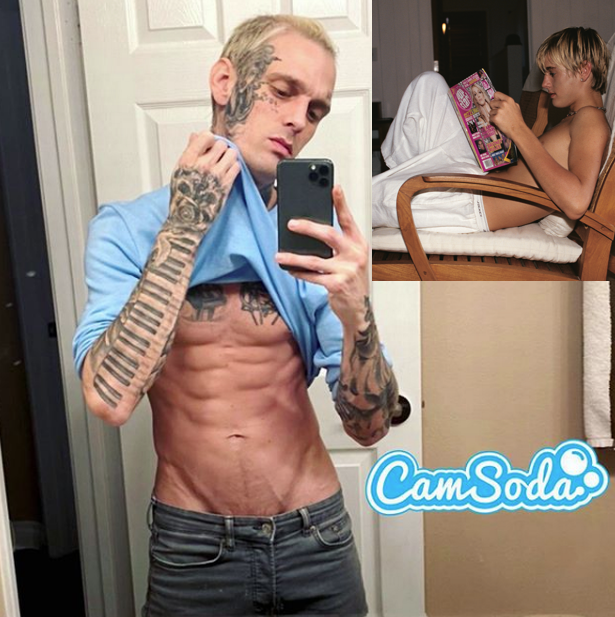 Aaron & his fake abs today, and as he looked on our work trip. (Images via CamSoda & Matthew Rettenmund) 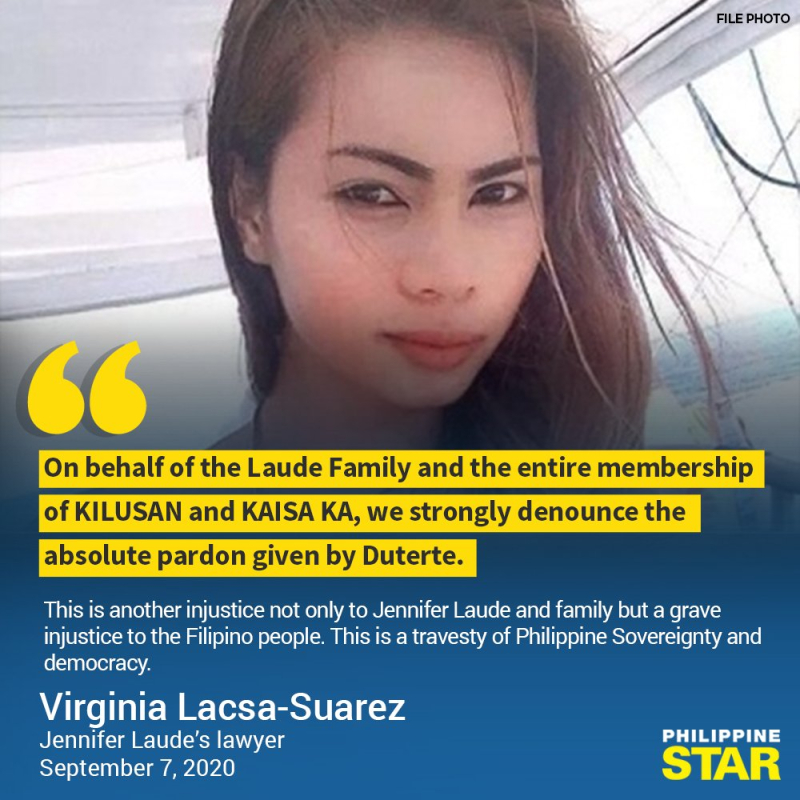 Laude's lawyer — and many others — are outraged. (Image via Philippine Star)

PHILSTAR GLOBAL: Despotic Philippines President Rodrigo Duterte, an international Trumper, has granted a full pardon to U.S. Marine Joseph Scott Pemberton, who was convicted in the murder of transgender Filipina Jennifer Laude. Pemberton murdered Laude and used trans panic as his defense. He only began serving time on December 1, 2015, so spent less than five years in prison for the slaying.

It’s not fair. Hindi makatarungan, so I told [Executive Secretary Salvador Medialdea and Justice Secretary Menardo Gueavarra. It’s my decision to pardon. Correct me if I’m wrong, this is how I view the case. You have not treated Pemberton fairly, so I ordered his release.

PINK NEWS: NO, REALLY — we all take risks, and make mistakes. But how fucking stupid do you have to be in the midst of a pandemic to consciously decide to attend a fucking circuit party maskless in hard-hit Georgia?

THE HILL: Trump is looking into spending $100M of his own money on his flagging campaign. Define ... “his own”? Wouldn't a bunch have come from the fleecing of the inaugural fund, to name one of many potential sources of his ill-gotten gains? P.S. He has to consider this because his own campaign is running out of cash, and all the spending so far has not moved the needled — except toward Joe Biden. 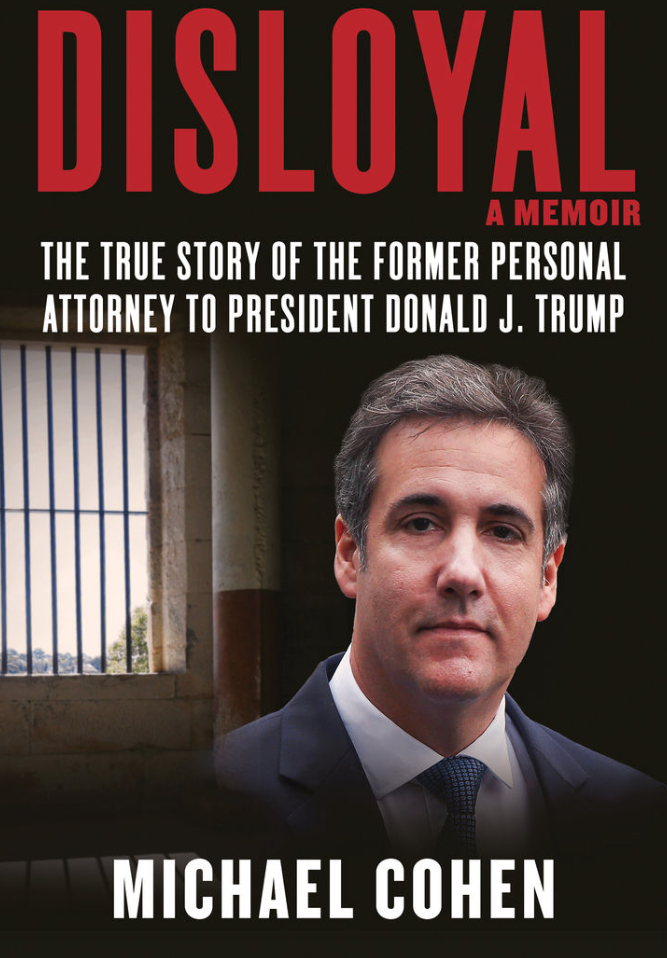 The book is #1 in all relevant categories — and overall — as of Tuesday. (Image via Skyhorse)

WAPO: Trump's ex-fixer, Michael Cohen, alleges in his new book Disloyal: A Memoir — The True Story of the Former Personal Attorney to President Donald J. Trump that Trump made “overt and covert attempts to get Russia to interfere in the 2016 election.” He also delves into Trump's contempt for Black people, including his loathing for Obama and even his disdain for the late Nelson Mandela, about whom he is quoted as having said:

HUFF POST: Happily, corrupt U.S. Postmaster General Louis DeJoy appears to have committed crimes when he urged his employees to donate to GOP lawmakers and then reimbursed them via large bonuses. He is going to be investigated by Dems. Glad something he did crossed an obvious line, and hope he pays for it dearly.

POLITICO: Big Pharms pwwwomises — cross their hearts! — not to release any COVID-19 vaccine without strict health and efficacy testing, even as Trump teases one could be rush-released ahead of the election in 50-something days.

NYT: Kamala Harris kicked ass in Wisconsin — she met with Jacob Blake's family, toured a training facility for electrical workers near Milwaukee, attended a roundtable for Black business owners and made Chuck Taylors trend on Twitter. And when she departed, rock-star enthusiasm:

Kamala departing. When has a VP caused this level of excitement?

MOTHER JONES: Jacob Blake spoke from his hospital bed for the first time, urging people to treat life as precious:

#JacobBlake released this powerful video message from his hospital bed today, reminding everyone just how precious life is. #JusticeForJacobBlake pic.twitter.com/87CYlgPDBj

FACEBOOK: My first time seated for a meal outside my home — and it was also outside-outside, obvi! — happened on Sunday. Have you done this already? Perhaps never, or ... many, many times since March?

Here's to consistency of style! lol Me 30 years ago, and me Sunday. I post this because Sunday was my first time in 6...

Posted by Boyculture.com on Tuesday, September 8, 2020