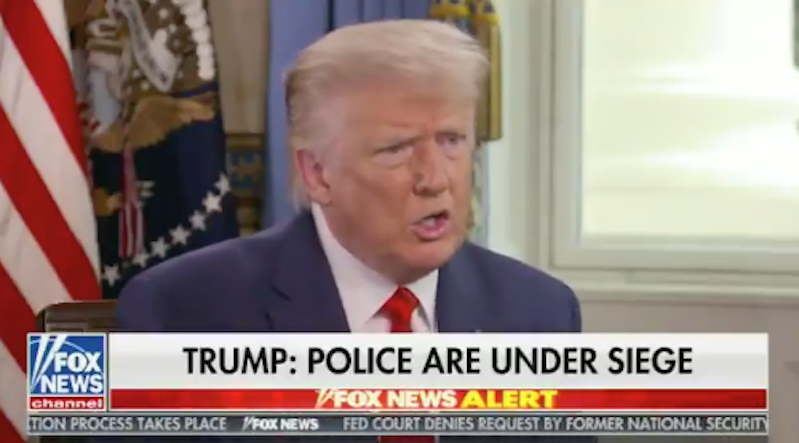 Trump has lost his mind. (Again.)

In a wide-ranging, to put it politely, interview with Laura Ingraham on Fox News Monday night, he did at least two completely unhinged things.

One, he said he thinks Biden is being controlled by people in “dark shadows.”

This is dementia, this is lunacy. And he has the nuke codes.

The other remarkable thing in a remarkable interview is he compared cops who shoot unarmed suspects to ... golfers.

“They choke. Just like in a golf tournament, they miss a three-foot putt.”

Ingraham cut Trump off, verbally kicking him under the table, but he insisted, “I'm saying people choke.”

What we are seeing is a QAnon president alerting his followers to be ready, so that if he calls for a civil war, they'll do it. Also, behind the scenes, Trump's powermonger enablers KNOW he is batshit, but are banking on controlling him if he pulls off a win or manages to strongarm his way into remaining in power.