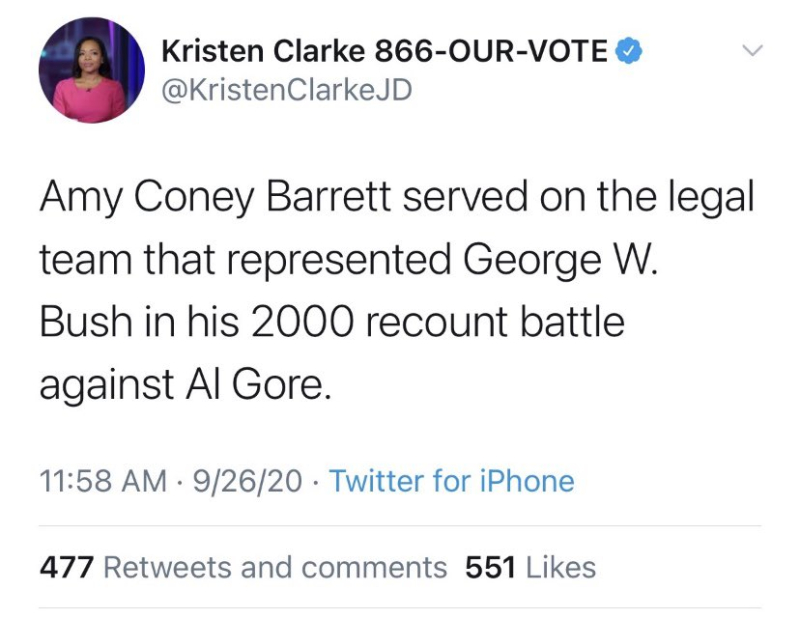 Seeing as how Amy Coney Barrett has been explicitly groomed as the anti-Ginsburg, it is exponentially more appalling that she is the jurist tapped to replace — erase? — the late liberal lioness.

The left has to win the presidential election, and really needs to win the Senate, too. We have a lot of clean-up to do.

Also, Democrats need to harp on the utter disrespect being shown to Ruth Bader Ginsburg in nominating and preparing to rush through Amy Coney Barrett. Case in point: 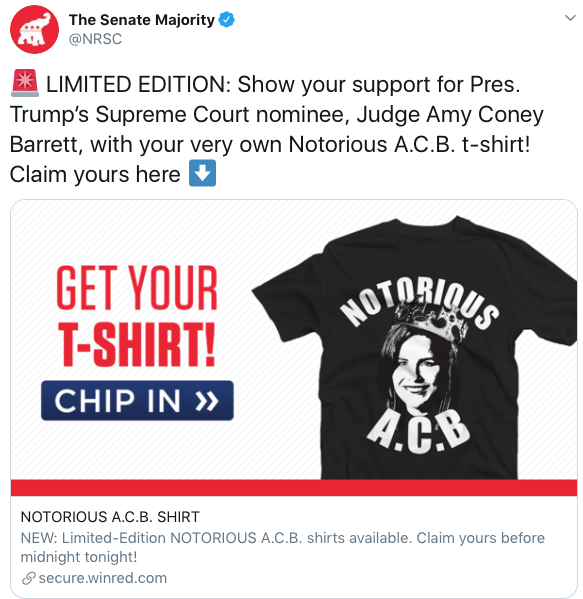 (Image via The Senate Majority — for now — on Twitter)