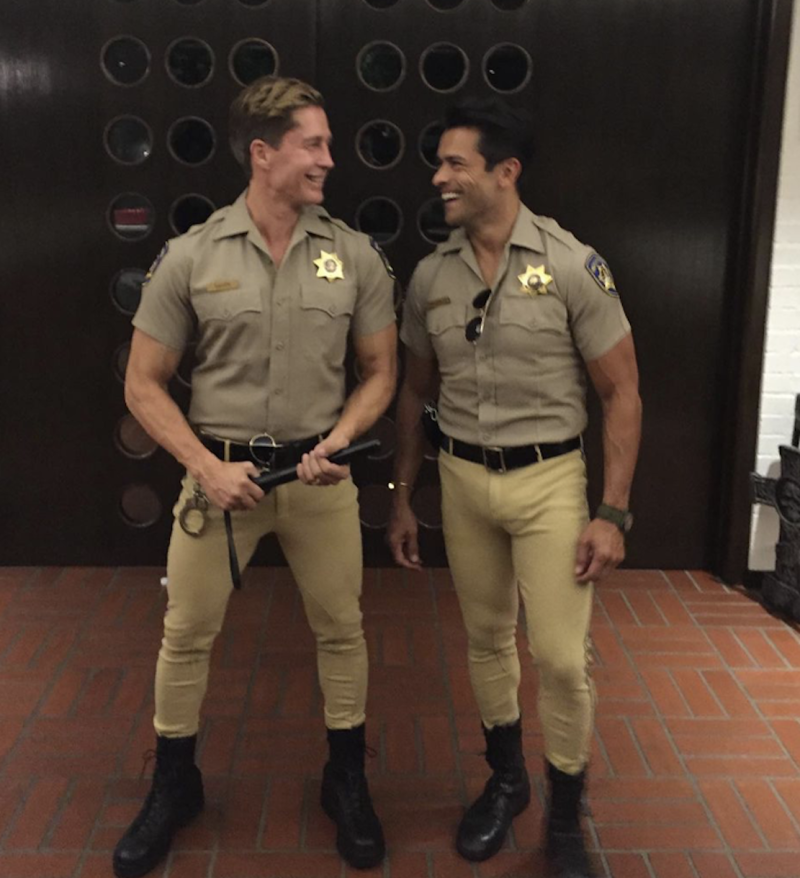 This is a past costume; this isn't really the year to be a cop. (Image via Instagram)

INSTAGRAM: Mark Consuelos argues that he looks hung in his vintage Halloween costume due to a shadow, but wife Kelly Ripa begs to differ. Only the shadow knows. 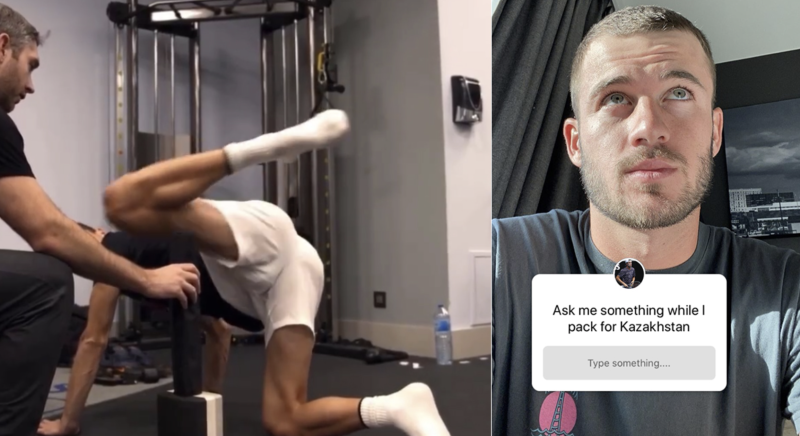 I'll raise you one. (Image via video still)

KENNETH IN THE (212): He's soliciting questions, and that's one way to get input.

THE HILL: Jared Kusher has an interesting take on Black Americans who object to systemic racism, calling it complaining and:

Got that last part? You're lazy.

Jared Kushner on the Black community: "President Trump's policies are the policies that can help people break out of the problems that they're complaining about, but he can't want them to be successful more than that they want to be successful." pic.twitter.com/SX9vWiAfag

CBS NEWS: Lizzo campaigned for Biden/Harris at a Focus: HOPE event in Michigan:

When I heard about all you guys are doing out here in Detroit, working so hard, getting on a plane was the least I could do to say thank you in person. Michigan is going to be so crucial, and how Michigan votes is going to be so crucial between trying to make America great again or finally bringing America together. They're out there trying to make America great again, but we need to finally bring America together, because I don't want to go back to the way it was. And Joe Biden and Kamala Harris will help us finally help us bring America together.

TWITTER: 50 Cent recants apparent Trump endorsement over taxes after ex-GF Chelsea Handler offers to pay his taxes and ... go for another spin:

👀a what, 😳another spin 💫Fu*k Donald Trump, I never liked him. 🤨for all I know he had me set up and had my friend Angel Fernandez killed but that’s history. LOL @chelseahandler @jimmyfallon pic.twitter.com/Tya6EqDBFt

NYT: Texas is polling within reach for Biden, but he's hampered not by whites — who are moving toward him — but by Hispanics. He still wins the group, but by less than Hillary Clinton's 2016 support. Imagine being Hispanic and thinking more highly of Trump in 2020 than in 2016? Mind-boggling. hoping this is washed away by the blue wave.

ABC NEWS: Trump's favorability had held steady — at very unfavorable. The bad news is he had the identical underwater rating in 2016. Again, I must ask: How on earth has his favorability remained unchanged? Notably, he is underwater with even men and seniors.

So let me be clear right up front: America is not now, nor have we ever been, better than this. We have tried and, for suspended moments in time, we have succeeded. But make no mistake: This moment we are in is pure and purposeful chaos. We are a country founded on the plunder and genocide of a people who were already occupying this land, and a country built on the backs of a people stolen from their homeland, shackled on ships, and brought here to be enslaved. For 250 years! Think about that for just one moment. Take that number in for real. I finally have: a quarter-millennium.

TWITTER: It's funny how scattered Mike Pence was when quizzed about Trump's petulant walk-out on 60 Minutes:

PIX11: NYC early voting totals are high, with second-day totals more than doubling first-day totals, perhaps because things were smoothed out and the waits were less intense. I voted today, Monday, at Madison Square Garden (it felt like I was attending the Drowned World Tour) and it took me only 40 minutes, mostly due to security. There were Karens and Kens around, bitching about the lines having been merged in a way that put some people who had arrived after them — gasp — slightly ahead of them!!! But the poll workers were friendly, helpful, on-point, and a good deal more vibrant than usual. 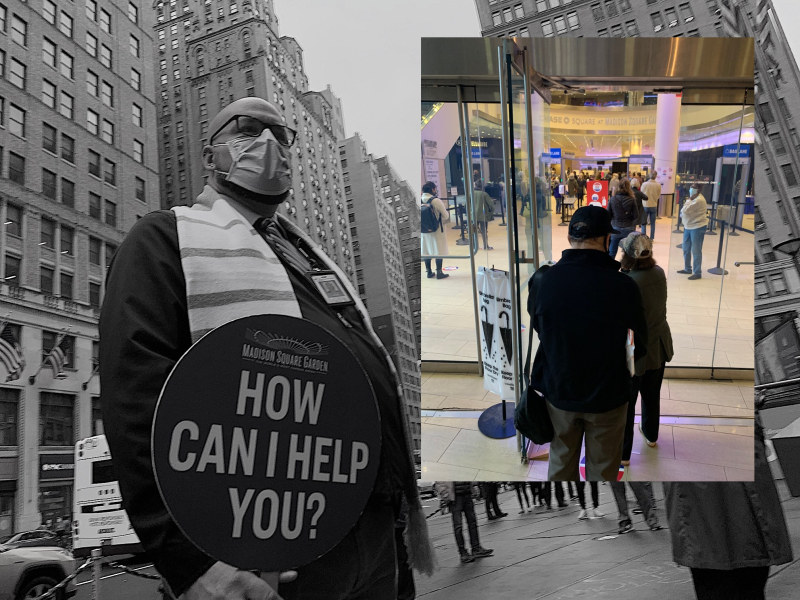