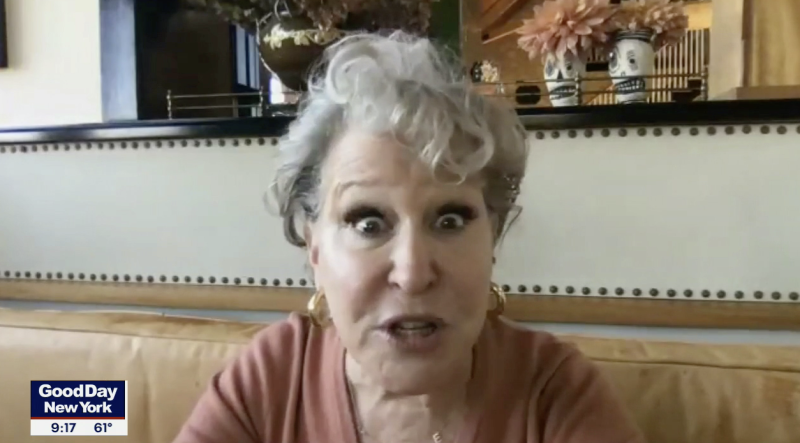 Bette Midler granted a long, newsy interview to Rosanna Scotto on FOX 5's Good Day New York to talk about her annual Hulaween charity event, this time themed to Hocus Pocus. Tickets for the Friday, October 30, event are at NYRP.org.

In Search of the Sanderson Sisters: A Hocus Pocus Hulaween Takeover will stream one time only, and is hosted by Elvira with guests:

As part of the chat with Scotto, she said that on top of the Sanderson Sisters reunion for the charity event, an honest-to-God Hocus Pocus sequel may well be in the works.

They want to make a movie, they’ve asked us if we were interested and of course all of us said yes. I’m game, I’m totally game.

She avoided answering Scotto's question about rumored friction with Sarah Jessica Parker, instead stressing how delightful it was to get back into character with SJP and Kathy Najimy , which they did for a promo: