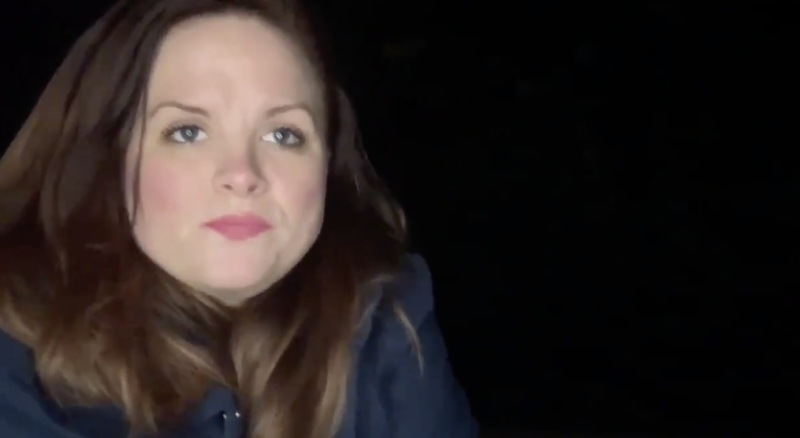 You have placed a chill in my heart ... (Image via video still)

Immediately after it was reported that Trump's last-second Nebraska rally had resulted in hundreds being stranded in the freezing cold, humorist Blair Erskine crafted this priceless bit of comedy that's almost less outrageous than what real Trumpers say and believe ...

Woman stranded at MAGA rally in Omaha says Trump wanted to teach them a lesson pic.twitter.com/SvqYw5MnOZ