I would love for Jaime to overwrite Lindsey. (GIF via Team Pete)

COOK POLITICAL REPORT: The South Carolina race for the Senate is now officially a toss-up. OMG — we need to get Lindsey Graham fired!!!

SUN-SENTINEL: Parents of children murdered in the Stoneman Douglas massacre are being asked to submit psychiatric records in order to prove they really suffered mental anguish.

JOE.MY.GOD.: Biden winning in Nevada, barely ahead in Ohio. Also, Quinnipac has Biden destroying Trump in Florida (!) and Pennsylvania. He's probably pulling away, but I am doubting the double digits.

HUFF POST: Katherine Schwarzenegger says she just can't with people who support Trump ... meaning Chris Pratt isn't one of them?

OMG.BLOG!: Anne Heche was a stand-up woman when it came to the love that dare not speak its name 20+ years ago! Well, lesbianism > the movie Volcano.

SOCIALITE LIFE: Mariah Carey didn't fuck James Packer — even though they were together the better part of a year and were engaged.

NBC NEWS: Facebook has banned QAnon from all its platforms.

PEOPLE: I was sucked into that Netflix special on the actions of murderer Chris Watts, who killed his wife, then drove an hour with her body in the back seat with their kids before smothering the kids in front of each other ... and apparently for no real reason other than feeling like divorce would be hard. Now, he's got lady friends hitting on him in prison, so don't act surprised than a lot of women vote for Trump. 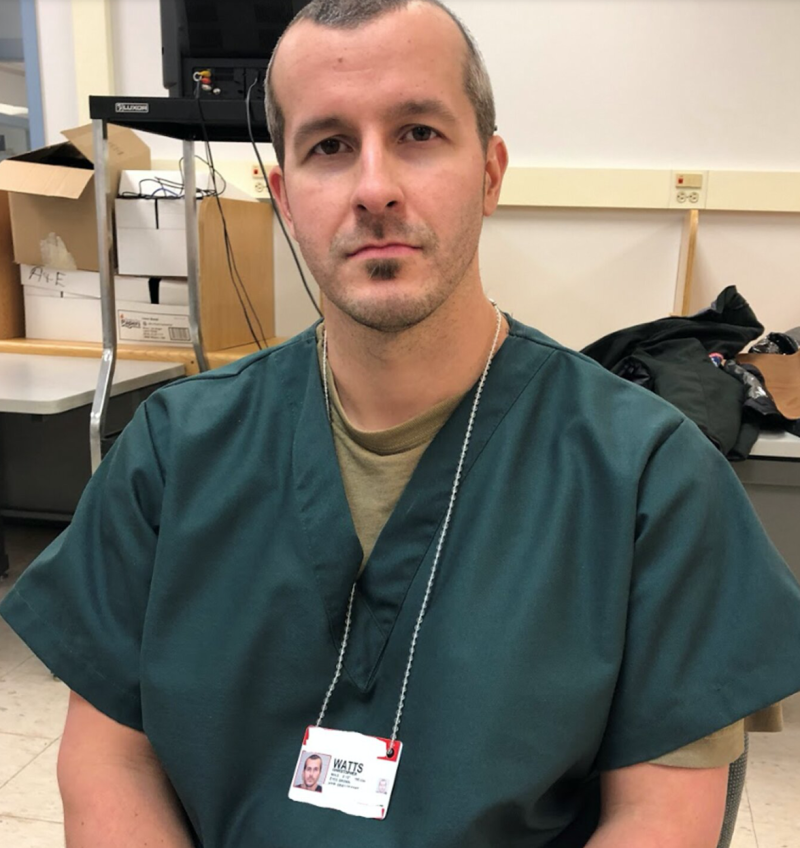 Plenty of fish in the cell block (Image via CBI)