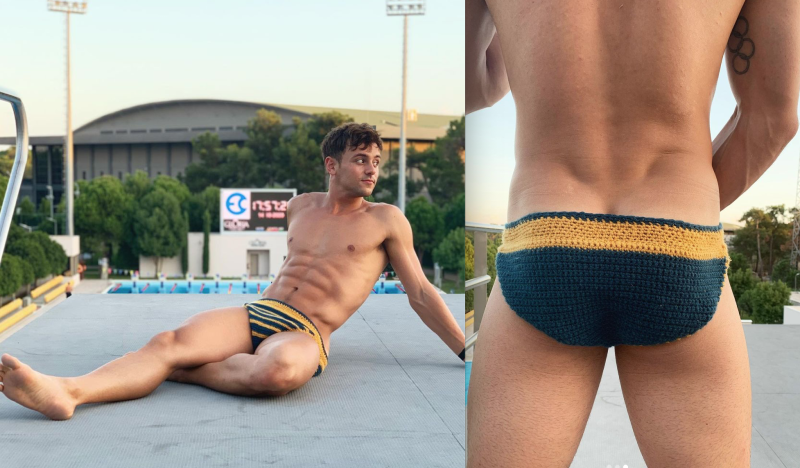 SOCIALITE LIFE: Tom Daley is proud that his skimpy, crotcheted trunks are handmade, and he thinks that's the headline here.

CNN: Listening to these white ladies in Pennsylvania talk about how they regret voting for Trump four years ago is ... satisfying:

These White women helped Trump flip Pennsylvania four years ago. Now, expressing regret, they are the supporters the President has lost. https://t.co/KoMQNl04d1 pic.twitter.com/F5Lq4w9otZ

When Holly says the following, it's a campaign ad:

I don't think this is the “great again” that everyone thought it was going to be.

CBS: Stooge Bo Erickson of CBS tries to give the discredited Russian-ops New York Post story about Biden's son Hunter new life, asking Biden about it. Biden swatted it down and called him out, rightfully so:

I asked Joe Biden: What is your response to the NYPost story about your son, sir?

He called it a “smear campaign” and then went after me. “I know you’d ask it. I have no response, it’s another smear campaign, right up your alley, those are the questions you always ask.” pic.twitter.com/Eo6VD4TqxD

HUFF POST CA: A Canadian living in the U.S. recounts his experience driving in Canada with U.S. plates in the aftermath (so-far-math?) of his adopted home country's botched pandemic response. It ... wasn't good.

THE HILL: Trump threatens to leave the country if he loses to Joe Biden. (“Plans to,” is more like it.)

DAILY BEAST: DINO Georgia state Rep. Vernon Jones, a Black man, gleefully crowd-surfed at Trump's Friday MAGA rally in Macon, at at time when gatherings of 10 or more are discouraged to help fight a new spike in COVID-19 cases. “Stunt queen” doesn't begin to cover it.

POLITICO: Very interesting and informative read on the Latino vote, and what Biden/Harris is getting right vs wrong.

TWITTER: At a Florida rally, Trump kept referring to “Rick Gates” when he meant Matt Gaetz. Gaetz has slathered praise and professed undying fealty to Trump — this must smart:

HUFF POST: Sen. Dianne Feinstein provoked fury from the left with her outrageous Senate-floor PDA this week, and how can she be surprised? We like our abortion allies to the left, not just to the left of Lindsey Graham. NARAL wants her to lose her Senate judiciary post, which is really fair and should just be the beginning.

Amy Barrett and this power grab pose a grave threat to every freedom and right we hold dear and tears the very fabric of our democracy. Americans ― whose lives hang in the balance ― deserve leadership that underscores how unprecedented, shameful and wrong this process is. The Ranking Member of the Senate Judiciary Committee, Senator Dianne Feinstein, failed to make this clear and in fact offered an appearance of credibility to the proceedings that is wildly out of step with the American people. As such, we believe the committee needs new leadership.

And by “new,” I am guessing they mean not born in the 1800s. (I am not against old ladies — RBG forever! — and I am also mostly against term limits, but enough is enough when they've become soft and useless.)

TOWLEROAD: Jeremy O. Harris and his Slave Play made history at the already unusual Tonys (one category had only a single nominee due to COVID-19 shutting Broadway down) with a whopping 12 nominations. Richly deserved. So glad the actors were all recognized. That was a truly innovative evening of theater, one of my last before the big curtain closed for a year-plus. 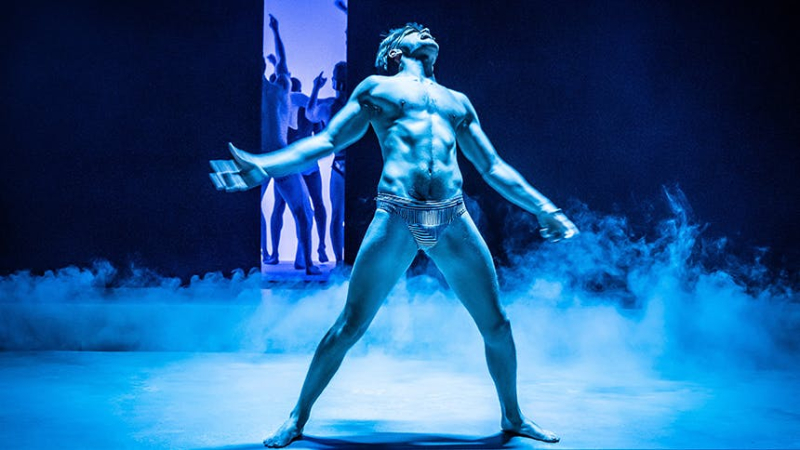 TURI: A profile of Andrew Burnap, who was nominated for a Tony for his performance in The Inheritance. The sprawling gay epic knocked down 11 Tony nominations of its own.

GR8ERDAYS (FOLLOWS APPRECIATED): A very happy birthday to Golden Age of Hollywood leading lady Marsha Hunt, who made her debut 85 years ago and who endured being blacklisted, emerging as a social activist who, in recent years, wrote a song in support of gay marriage She is 103 today!