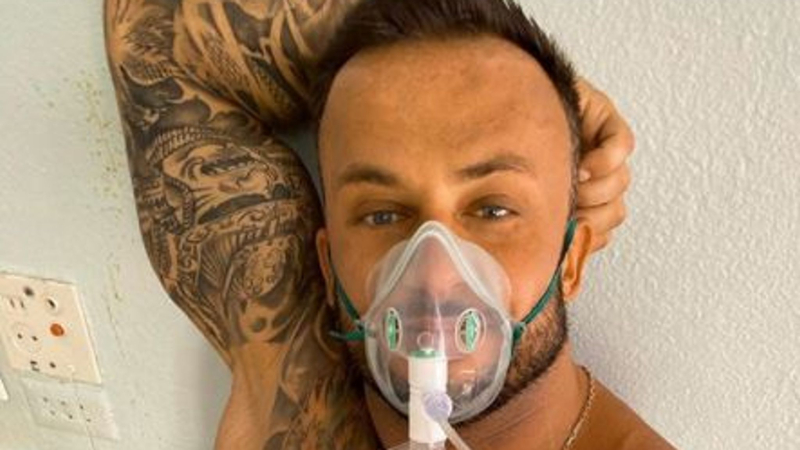 Does this fake disease make me look dead? (Image via Instagram)

Dmitriy Stuzhuk, a Ukrainian social media influencer, spent months denying that COVID-19 existed, then picked it up on a trip to Turkey.

He told his followers while on the trip:

I want to share how I got sick and to strongly warn everyone. I was one who thought that Covid does not exist...until I got sick. COVID-19 IS NOT A SHORT-LIVED DISEASE! And it is heavy.

The hospital is completely filled with people, some of them being treated in corridors.

Like so many who think it's no big deal, he felt much better after eight days — spent in a hospital, mind you — and was released.

However, the virus had weakened his heart and he was readmitted in his native country, where he died last week at age 33 at the peak of his physical fitness.

He is survived by his estranged wife and their three children.