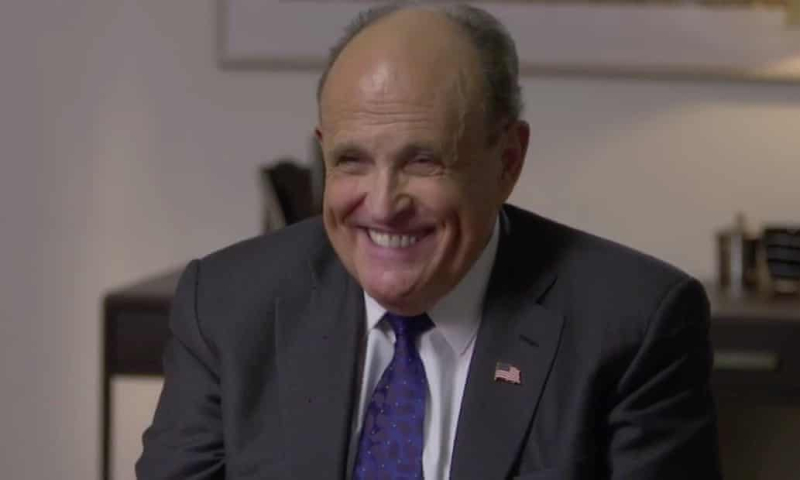 Lock him up! (Image via Amazon Prime)

Sacha Baron Cohen's Borat sequel — Borat Subsequent Moviefilm (out October 23 on Amazon Prime) — includes a bat-shit crazy sequence with Rudy Giuliani, a run-in we first heard about in July when Giuliani belatedly got wise and called the cops.

Now, for the first time, Giuliani's scenes reveal that the 76-year-old Trump lackey — thinking he was along in a hotel room with a 15-year-old girl — lies back on the bed, plays with his untucked shirt and reaches into his pants in front of the girl, played by a 24-year-old actress. 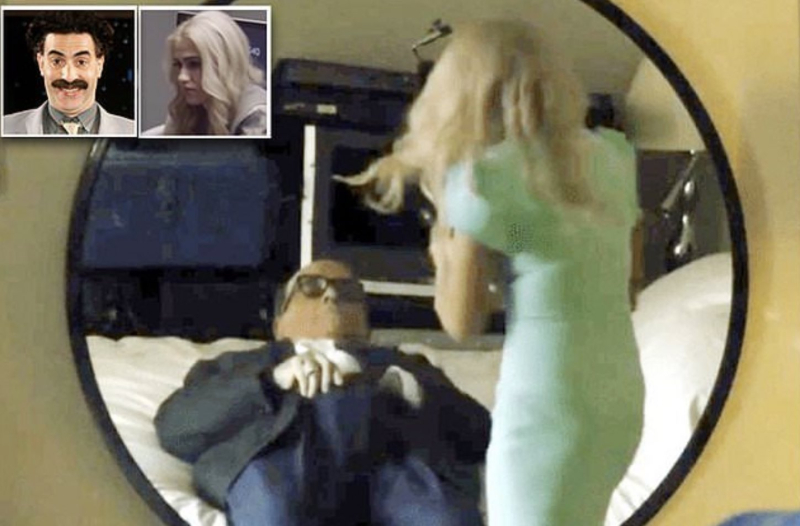 He thought she was 15. (Image via Amazon Prime)

At this point, Cohen as Borat runs in and says:

There is very little difference between a To Catch a Predator sting and what happens in this movie, except that Giuliani was not arrested.

Giuliani also agrees to eat a bat with Borat. Unfortunately, things never got to that point.