ABOVE: Pence is full of shit. 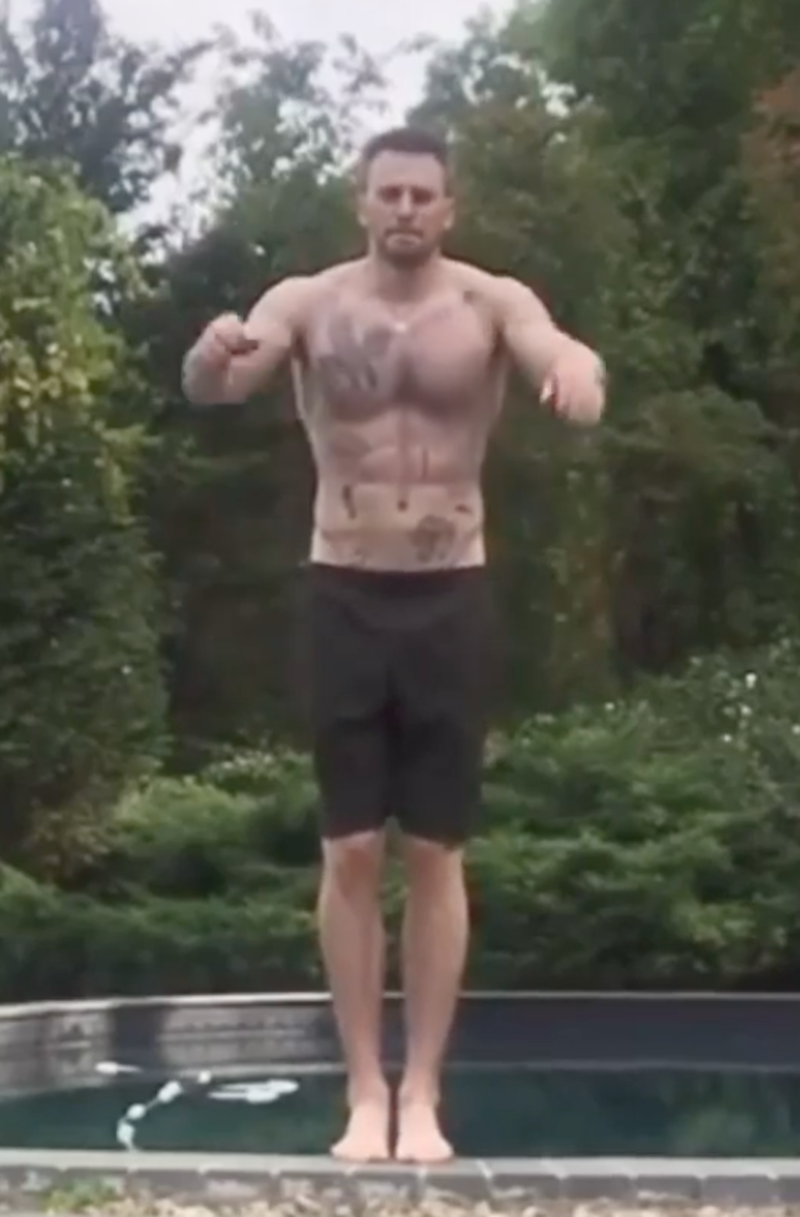 GREG IN HOLLYWOOD: Chris Evans flips ... for his new tattoos.

JOE.MY.GOD.: Trump's health issues at Walter Reed are not covered by HIPAA ... they're covered by NDAs Trump made doctors and staff there sign in 2019. He has health issues he is concealing — probably why he made those pre-coronavirus out-of-nowhere visits.

HUFF POST: The next presidential debate will be virtual in order to protect the health of all involved. Therefore, Trump won't waste his time on it. Guess that means Biden gets a free infomercial?

CNN: By 59-38, Americans chose Kamala Harris as the victor in Wednesday night's one and only VP debate, an outcome that also closely matched expectations among the group (indicating nobody truly moved the needle). Women have to win resoundingly in order to be seen as treading water. Reminder: Harris went into the debate with the highest favorables of any of the four presidential and vice presidential candidates, but:

TWITTER: Flipping the script on that other classic parlor game of Smear the Queer, Pete Buttigieg blew away the Fox News hosts interviewing him on VP debate night, leaving them momentarily speechless:

Most Americans tuning in tonight want to hear about how our families will be safer, after Donald Trump and Mike Pence have failed to protect us from this pandemic. #VPDebate pic.twitter.com/Zw5ZXK9Bic

NPR: The murder of Seth Rich became grist for the right's conspiracy-driven theories against the DNC and Hillary Clinton, and now the anonymous Twitter user who forged FBI documents and provided them to Fox News is about to be revealed, thanks to a judge's ruling. Please let it be someone we know!

NBC NEWS: The head of White House security now has COVID-19, bringing the number of people in Trump's orbit infected in the past week to over 30. And yet ... Trump is planning to do rallies as soon as Monday. Make the insanity stop!

GR8ERDAYS (FOLLOW HERE): Can't believe this actor is NINETY today. Just re-watched The Andromeda Strain (1971) — very relevant, indeed! — pre-COVID and was reminded how sexy he was.