BELOW: Keep reading for the 17-year mystery of a trans activist's murder, a brutal take-down of Lindsey Graham, Kate McKinnon's hilarity and more ...

MEN & UNDERWEAR: Addou by Esa Kapila in a variety of underwear is a Sunday mood. 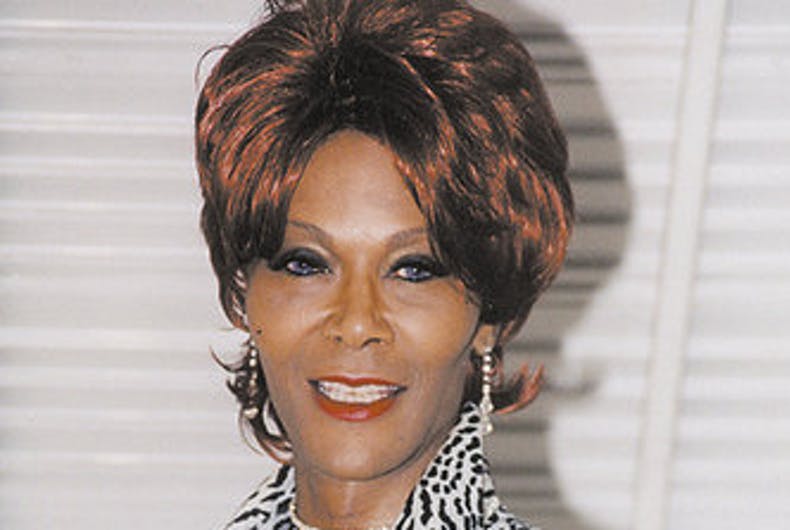 LGBTQ NATION: This account of the 2003 murder of Philadelphia trans activist Nizah Morris is mystifying and infuriating. It seems a clear-cut case of death by cop ... and yet nobody is forcing the cops to come clean or even participate in an investigation.

HUFF POST: I could be one of the “diers,” Trump reportedly said from Walter Reed in a phone call. Unfortunately, and yet as always, he was apparently wrong.

NYT: More details on how Trump became the swamp:

But once Mr. Trump was in the White House, his family business discovered a lucrative new revenue stream: people who wanted something from the president. An investigation by The Times found over 200 companies, special-interest groups and foreign governments that patronized Mr. Trump’s properties while reaping benefits from him and his administration. Nearly a quarter of those patrons have not been previously reported.

GUARDIAN: If “how McCain's spaniel became Trump's poodle” doesn't make you click this savaging of Lindsey Graham, what will?

DEADLINE: Google is telling the cops what you're searching for if the search words are sketchy.

YOUTUBE: Black mayors for Biden/Harris is the feel-good ad of the cycle:

SNL: Groucho Marxist Kate McKinnon's Dr. Wenowdis on SNL (“Weekend Update” was hilarious, the only bright spot on a punishingly unfunny episode) harkened back to early TV, but her genuine giddiness has seemed to convince people that it was unplanned for Colin Jost to address her as Kate and for her to break character. Clearly written, but hilarious:

Setting the world on fire. Thanks for this.