Rest in peace Prince Azim. He was so kind and generous and always went out of his way to see me. He was hilarious and made me laugh so much. A beautiful soul has been lost and gone way too soon. I respected him. He had to deal with a lot. 💐🌈💔 #ripprinceazim of #Brunei pic.twitter.com/pKisxkymib

Prince Azim of Brunei, the flamboyant royal who was outed by Perez Hilton amid his father's crackdown on homosexuality, has died following a long, undisclosed illness. He was just 38.

It is conjectured Azim had battled cancer. He died Saturday and was buried the same day. His father, Hassanal Bolkiah, declared seven days of mourning, during which any kind of celebrating is banned.

Under the name Azim Bolkiah, he produced such films as the Hilary Swank starrer You're Not You (2014), about a woman fighting a deadly disease (ALS), and the Rupert Everett drama The Happy Prince (2018), about gay icon Oscar Wilde.

Worth about $5 billion at the time of his death, he spent as much time partying as he did being charitable, but did raise funds for such causes as Make-A-Wish.

I honestly think it was untoward for celebs to party with the fourth-in-line-to-the-throne son of a gay-murdering despot; sure, he did nice things, but he didn't have any sway over his father's iron-fisted rule, and that's where the money came from. But party they did, until the end. Many are now mourning the loss of their friend, and probably many more are just sad about no more amazing gift bags. 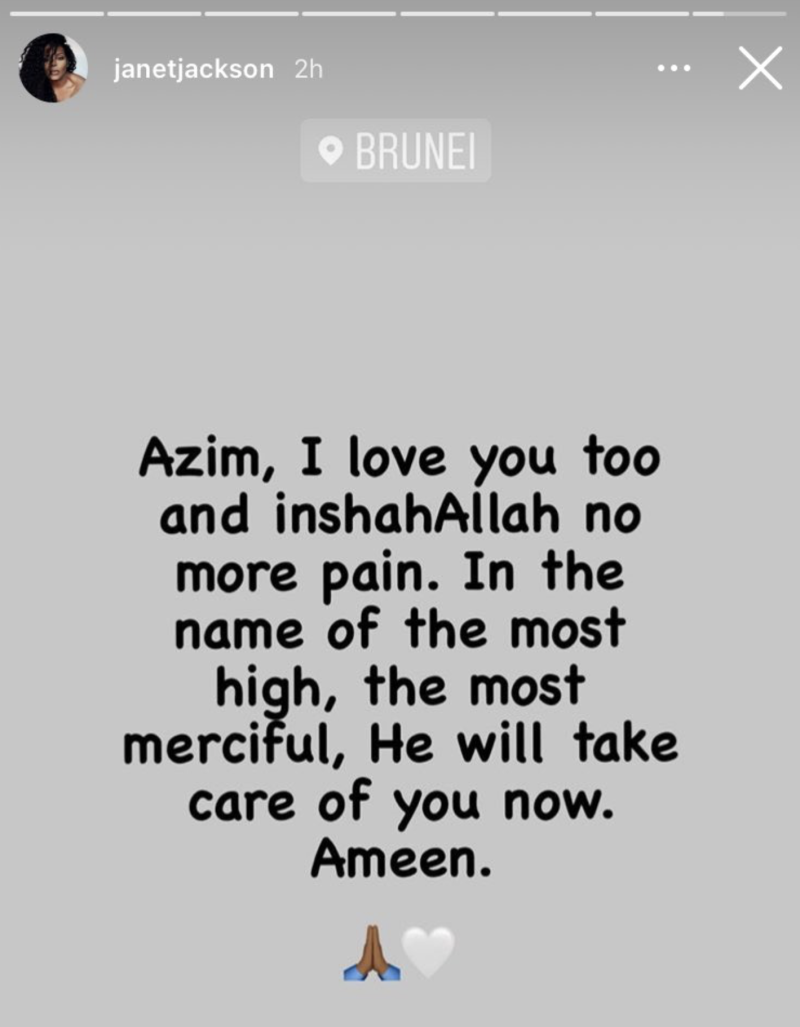