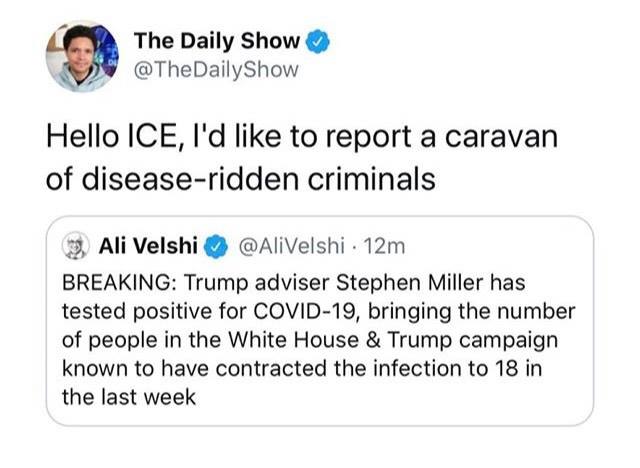 I mean, I guess his wife and unborn child would care. (Image via Twitter)

The latest in a long line of members of Trump's inner circle to test positive for COVID-19 is the odious xenophobe Stephen Miller, who had dodged the virus when his own wife had it earlier this year but whose involvement in debate prep and travel with Trump — the presumed super spreader — seems to have sealed the deal this time around.

Still worrying about Joe Biden, in spite of experts saying he is unlikely to have been affected.

Not worrying about Stephen Miller, though I suppose I should because he could survive!