At Last, Susan Collins Is Not CONCERNED About Something; Sadly, It's Systemic Racism Comments (0) 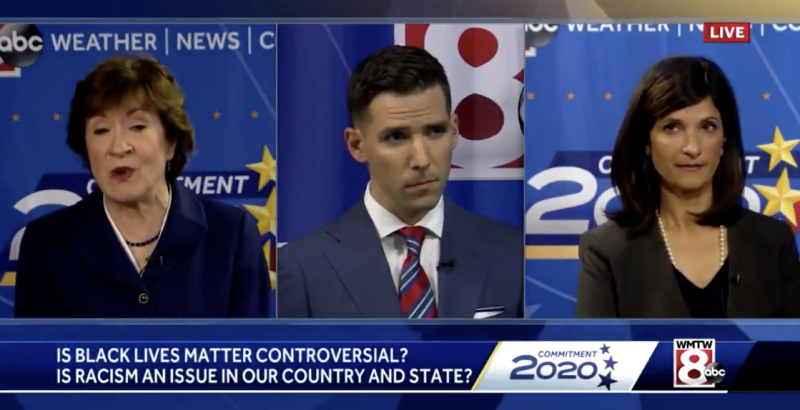 She can barely say it, but endangered Republican Sen. Susan Collins of Maine said, in her last debate with Democratic challenger Sara Gideon:

I do not believe systemic racism is a problem in the state of Maine.

She was given 30 seconds to address this, and took five seconds. Watch the clip:

Sen. Susan Collins (R-ME), in the final Maine Senate debate with Sara Gideon, is given 30 seconds to discuss whether systemic racism exists in her state.

Collins gives a five-second answer: "I do not believe systemic racism is a problem in the state of Maine." pic.twitter.com/UPnCAIuAHd