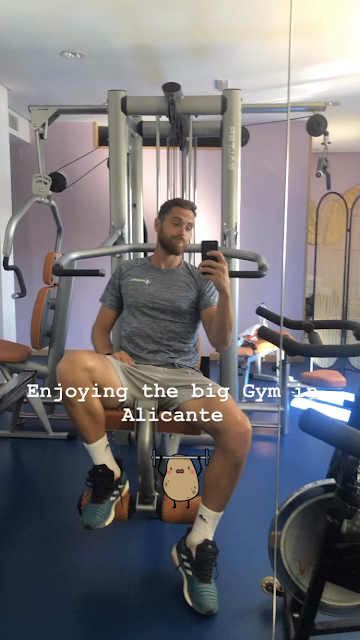 Albano Olivetti, at 6'8", is a lotta man. (Image via Instagram Stories)

KENNETH IN THE (212): For all you tennis groupies.

FORBES: Pelosi says a stimulus deal can be reached before Election Day, but has set Tuesday as a deadline for Trump to put up or shut up.

GREG IN HOLLYWOOD: Before diving into politics, a fun Leslie Jordan dance video! 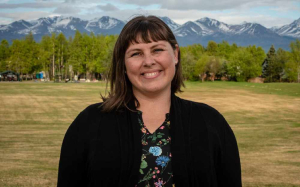 of Anchorage, Alaska, has its first out gay mayor, and its first woman mayor, in Austin Quinn-Davidson, who was selected to replace Mayor Ethan Berkowitz, felled by a sexting scandal.

The Democrat has delivered more than just happy talk. Biden has been leading by example in his campaign. He showed confidence and bridge-building by tapping his harshest critic from the primary debates, California Sen. Kamala Harris, as his running mate. And Biden has won a diverse backing that would have been inconceivable outside of this 2020 moment. Think of it as a coalition of the decent, ranging from Bernie Sanders, Barbara Lee, and Alexandria Ocasio-Cortez on the left, to “Never Trumpers” John Kasich, Cindy McCain, and Bill Kristol on the right.

TWITTER: After working hard to cut the above terrific Biden ad, Trump inadvertently cut another campaign ad for Biden, mocking him by predicting he will listen to the scientists:

Trump complains if Biden is elected, “He’ll listen to the scientists.”

Wait. Is that a bad thing?pic.twitter.com/YIqHER6SJW

CBS NEWS: Michigan's Gov. Gretchen Whitmer — fresh off of being the target of an elaborate kidnapping plot — is going door-to-door for Biden in her state.

CNN: Sen. Coons of Delaware is not exactly a wild-eyed leftist, so his answer to the affirmative when asked if his mind is open to adding justices to the SCOTUS is major:

.@jaketapper: "Your mind is open to adding seats to the Supreme Court?"

NEWSMAX: As of late late week, the vote in Florida already surpassed the vote in the entire August primary — and registered Democrats have voted more than registered Republicans.

TWITTER: Hats off to Jonathan Reiner for catching this teeny-tiny error on the part of right-wing station Newsmax: 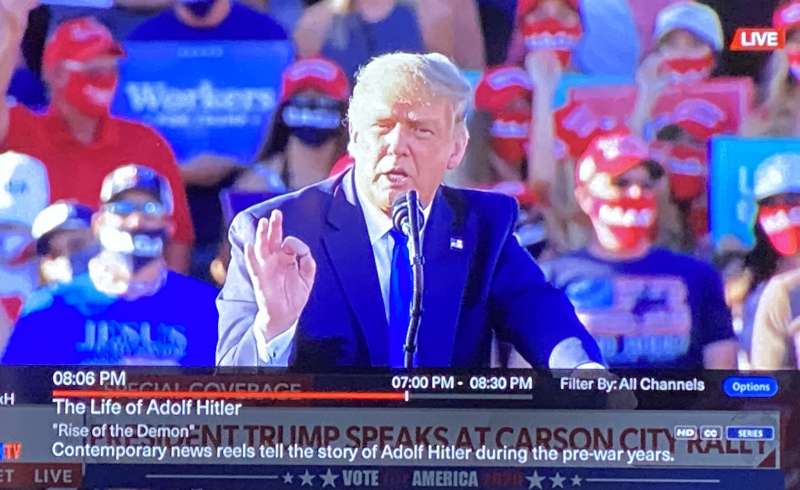