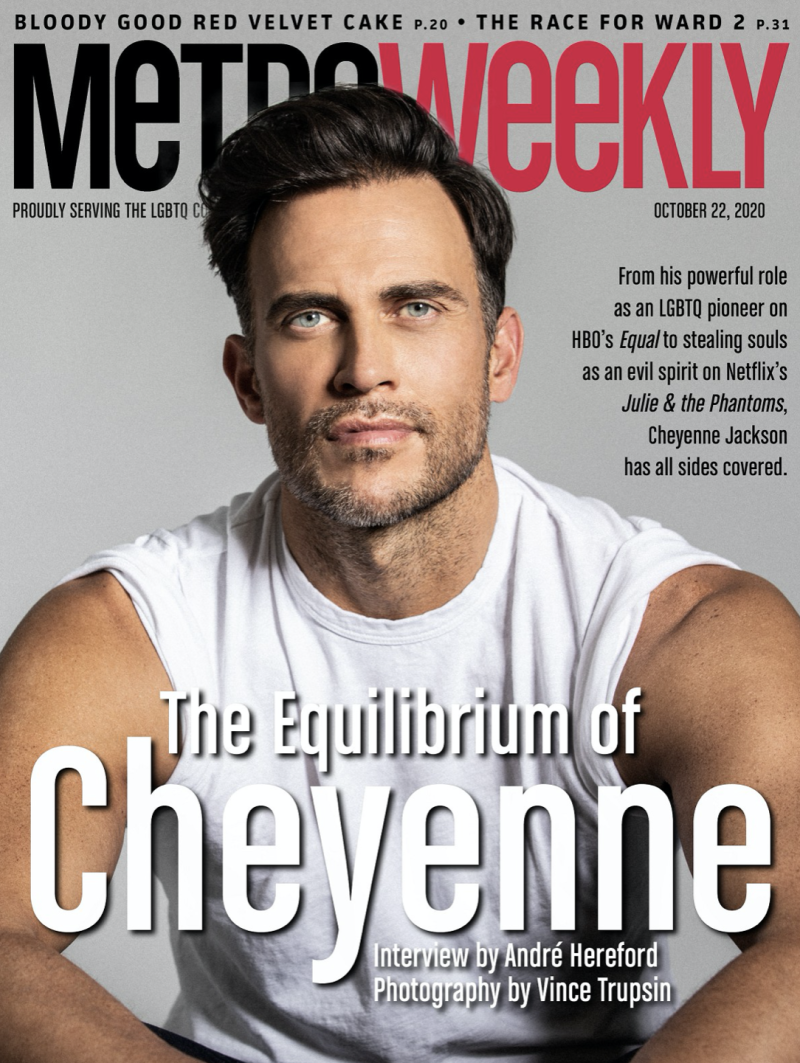 Too Cheyenne (Image via Metro Weekly)

KENNETH IN THE (212): Cheyenne Jackson is among the coverboys/girls/people of the week. 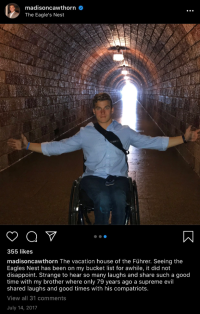 douche Madison Cawthorn is responsible for a site that attacks a North Carolina journalist for working for  “non-white males, like Cory Booker, who aims to ruin white males.” Now Cawthorn — who vacationed in Hitler's Eagle's Nest! — is saying he's absolutely ashamed of the site's ... syntax.

POLITICO: Blue wave? Or blue tsunami? Swing states have outsize importance, but if Biden runs 8-10% or more above Trump overall, Trump can't surgically overcome that in enough swing states to counteract it.

ABC NEWS: Seniors are abandoning Trump, at least in part, over his COVID-19 inaction.

TWITTER: You can not believe how off-his-ass inebriated Donald Trump Jr. is here:

A very animated Don Jr. is on Fox whining out the same talking points that got his father dunked on during the debate pic.twitter.com/aZoxENeqxJ

DIGG: This guy has used a program to order an ice cream at every McDonald's location in order to keep track of which franchises' machines are up and running.

BUZZFEED NEWS: Something is seriously wrong with Mitch McConnell's health, but he says there is absolutely nothing wrong — even though his hands are blue and bandaged, and he has a bruise on his face. Did he have COVID-19? Is he on blood thinners? Crypt rot?!

Senate Majority Leader Mitch McConnell did not answer questions about his health, only saying there were "no concerns" despite visible bandages and bruises https://t.co/YHrrDvXO5s pic.twitter.com/hJ47xDimxl

She was more than the British Marilyn Monroe ... (GIF via GIPHY)