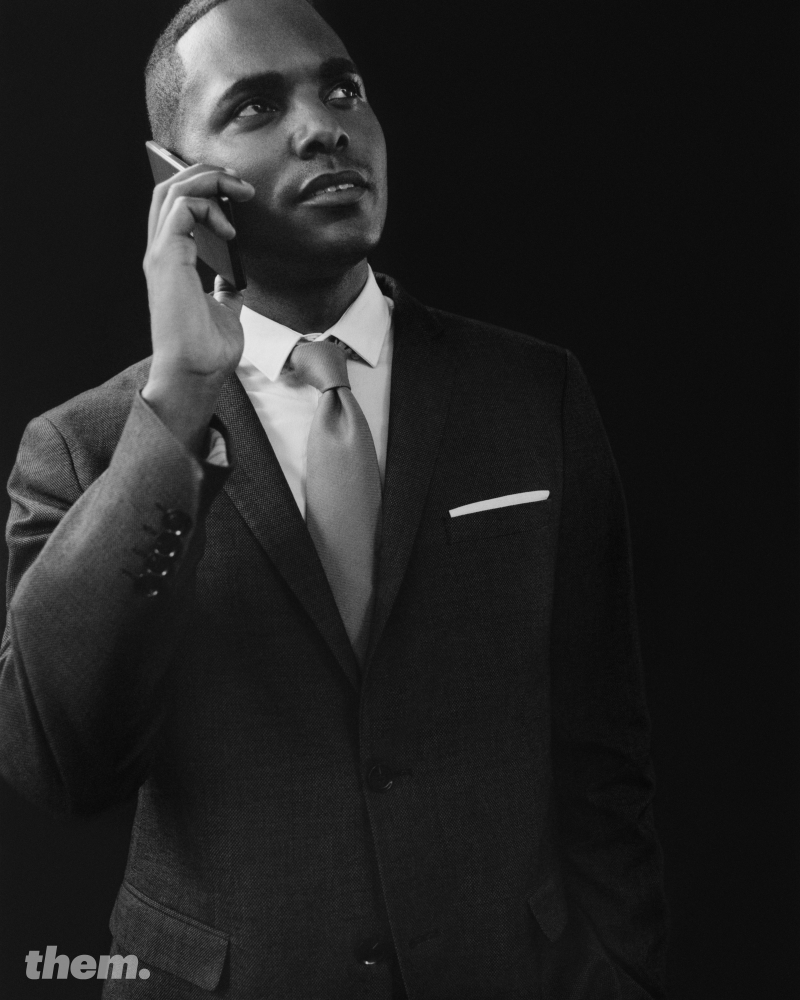 Ritchie Torres is an NYC rising star. (Image by James Emmerman for Them.)

Watch the President’s reaction while he complains about the news covering the floods in Iowa pic.twitter.com/ZUGluB350u

TWITTER: Above: This is not an out-of-context gotcha, and this is not some politicized gaffe — Trump literally swatted his hand dismissively at the devastating Iowa floods, saying it was insulting that the media didn't mention that he had been nominated for the Nobel Peace Prize. (Which anyone can be, quite easily, and which he lost.) Team Biden needs to cut an ad on this and pay to have it shown across Iowa every damn day for 19 days. Iowa is probably red, but it's close enough to try.

WAPO: In an exclusive, The Washington Post has exposed a gaggle of conservative activists openly, fiendishly advocating for vote suppression.

THE HILL: The latest Quinnipiac poll has Biden up by 7. In Georgia. And, um, Rupert Murdoch thinks Biden will win in a landslide.

HUFF POST: Biden's fundraising in September was gigantic, breaking all records: $383M. And in better news, Trump is broke and not doling out the money he has wisely.

Hunter Biden’s “emails” were created 3 months before Rudy Giuliani was supposedly told of their existence, raising questions of who exactly created these files in the first place.

More here on why the Hunter Biden emails story is more likely to wind up with Giuliani under investigation.

TPM: The California GOP is defiantly continuing with unofficial ballot drop-off boxes. One can only imagine where those ballots will end up, depending on the districts.

Kamala Harris' reaction to being asked about the fly that landed on Mike Pence's head is the laugh I needed today. 😂pic.twitter.com/7YKqxyrtvm

CITY PAGES: Garrison Keillor — who is, um, on our side! — says Roe v Wade isn't worth fighting for anymore, and to let places like South Dakota criminalize LGBTQ people.

TWITTER: At the Billboard Music Awards, Lizzo urged people not to let their voices be repressed, and her dress urged them to vote: