NYT: Ouch! The New York Times has a new piece entitled R.I.P, G.O.P. — and here's a clue: the murderer was Donald Trump, with the burning cross, in the Oval Office.

HUFF POST: It is unimaginable, but it happened: Trump's chief of staff Mark Meadows went on TV and said out loud:

So here’s what we have to do: We’re not going to control the pandemic.

Press on why, he said:

Because it is a contagious virus. Just like the flu.

“Everybody’s gotta put the health of the people they’re going to be in touch with first,” Chris Christie says, adding he’s “surprised” Vice President Pence still plans to be on the campaign trail, despite two of his top aides testing positive for COVID-19. https://t.co/Y1JYRz9qiR pic.twitter.com/xYcSmaOgLy

NYT: There's a big, new outbreak of COVID-19 in the White House, this time felling several people in Mike Pence's immediate orbit, including his chief of staff. Pence is not quarantining.

WAPO: Trump privately told big-bucks donors he thinks it will be “very tough” for the Senate to stay red, and:

This bitch is out here worrying about losing his soul.

I'm telling you, incompetence is definitely a theory, but can I get a second that intentional desire to kill people is at least worth considering as a motive? 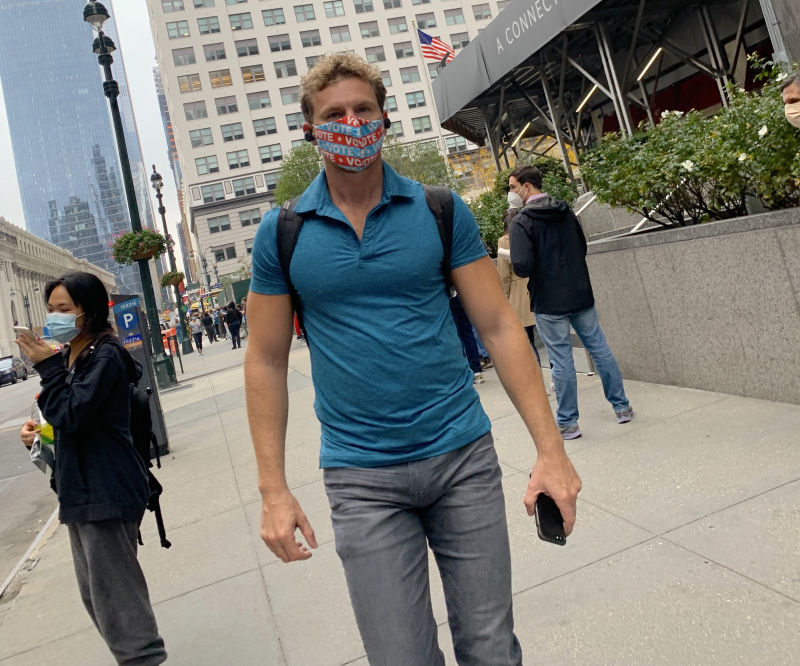 I salute his sense of civic duty. Anybody know him? (Image by Matthew Rettenmund)

BOSGUY: If the handsome man on the street above doesn't encourage you to vote, maybe this Kool-Aid costume will give you an election erection.

CNN: Rep. Alexandria Ocasio-Cortez tells Jake Tapper she is not bothered by Biden's fracking position — for a very logical reason:

“It will be a privilege to lobby him” is brilliant. I hope I live long enough to see her as our POTUS.

DAILY KOS: Endangered Republican Sen. Susan Collins is saying she is “truly grateful” for the support of the virulently anti-LGBTQ Christian Civic League of Maine.

TEXAS TRIBUNE: In a sign that the Biden/Harris campaign thinks purple Texas could turn blue this cycle — a brand-new Dallas Morning News/UT Tyler poll shows Biden three points up — Kamala Harris will make a stop in the state on Friday.

EXTRATV: I thought the Adele episode of SNL was as excruciating as all of the others this season, but welp. 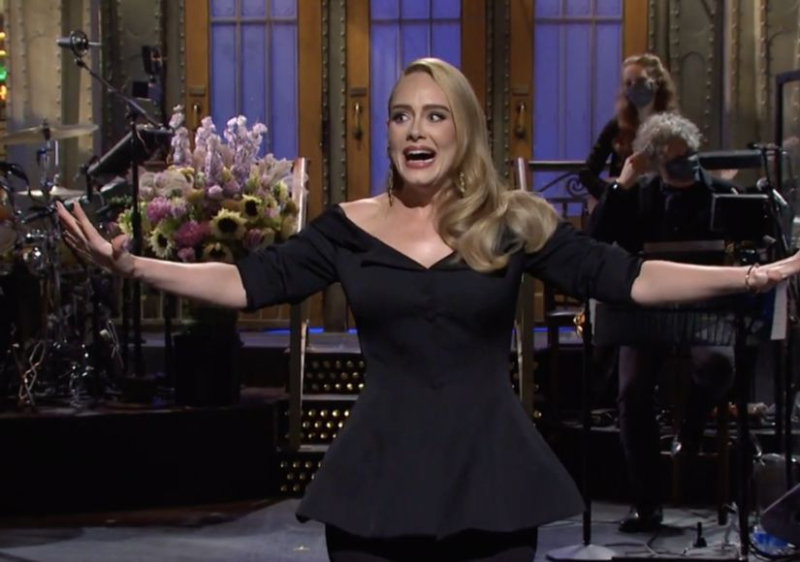 She broke character in her last sketch; I didn't find it infectiously funny. (Image via NBC)