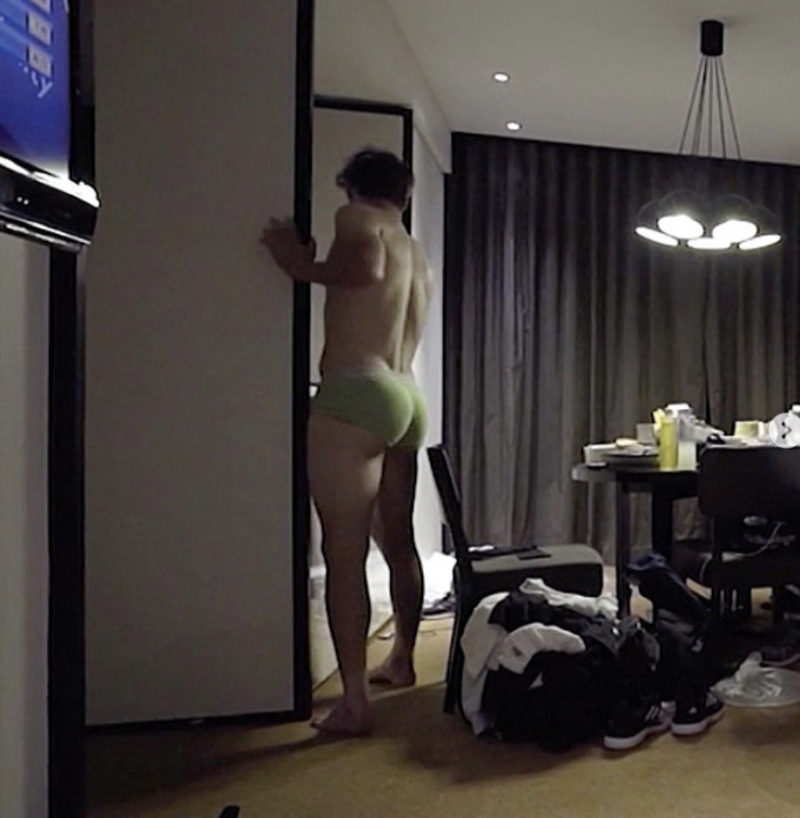 That underwear tried its best, but lost. (Image via video still)

INSTAGRAM: Dominic Thiem — and his butt — are the subject of a probing documentary.

POLITICO: Look, Florida is going to be a toss-up. But I'd rather be narrowly leading in almost every poll, as Biden is — including this new one, where he is at 51% — than not. I don't have faith in this state, but it did go for Obama/Biden — let us hope.

DAILY KOS: Tucker Carlson actually went on Fox News and claimed — with a straight face — that a cache of damning Biden family documents was lost in the mail. Like ... originals were sent without copies being made? Like ... wanna share the tracking number so we can all have a look? It's amazing that this buffoonery plays with 43% of this godforsaken country. 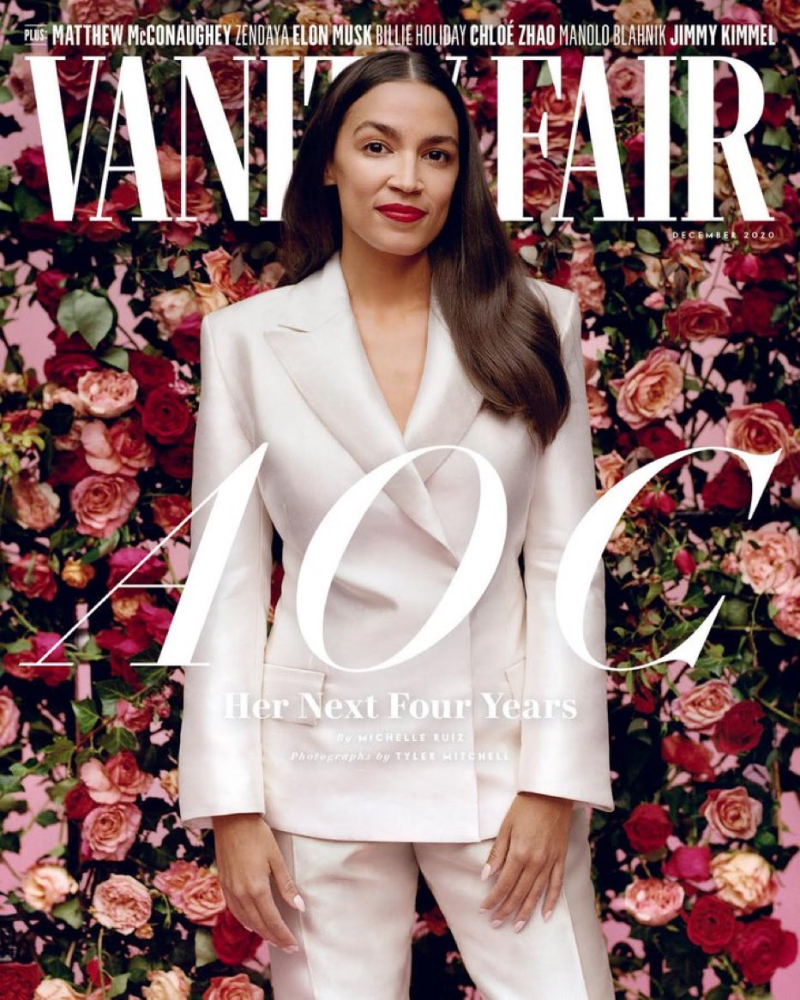 AOC plus wheeeee! She speaks to VF about her wild ride in politics. (Image by Tyler Mitchell for Vanity Fair)

VANITY FAIR: Rep. Alexandria Ocasio-Cortez was shot by Tyler Mitchell for Vanity Fair. Inside, the phenom swats down the narrative that she and Speaker Pelosi don't get along, saying:

Two powerful women coming from different perspectives, and there has to be a catfight.

The entire interview is quite illuminating. I continue to believe we are looking at a future POTUS. But I will not say our first woman POTUS, because I think that will be Kamala Harris.

TWITTER: Pete Buttigieg demonstrates how to shut down a Trumper trying to shout down reason:

Master class on handling a heckler by @PeteButtigieg pic.twitter.com/MmTf3l8tWY

11 ALIVE: Sen. Kelly Loeffler (R-Georgia) plays dumb when asked about Trump's Access Hollywood video, as if this were the first time she'd ever heard of it:

JIMMY KIMMEL LIVE!: Masked voters confront their friends and family members who are Trumpers. It's cathartic: 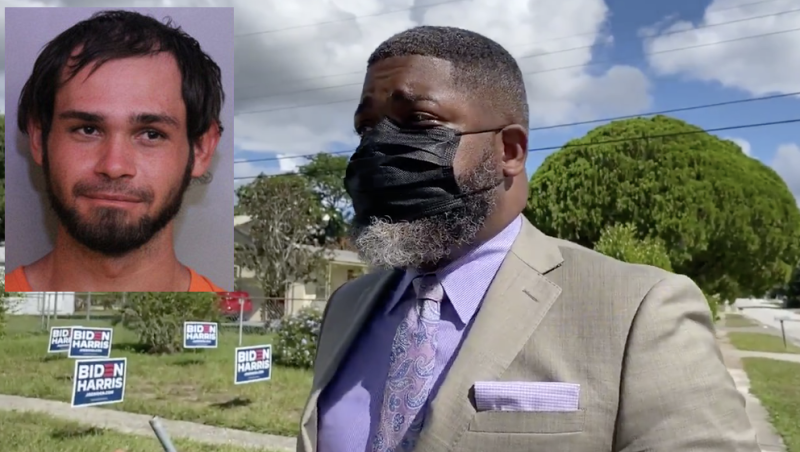 THE RANDY REPORT: This loser bulldozed a person's yard, he was so triggered by seeing Biden/Harris signs. (Florida.) A former vice mayor in the area gave the local media an earful about Trump's unhinged supporters.

SOCIALITE LIFE: Lady Gaga voted without the benefit of pants! In related news, Elton John told Dua Lipa to her face that she made the best album of the year and raved about her “Levitating” remix “with Lady— with Madonna and Missy Elliott,” lol:

Elton John said “Lady G-“ before correcting himself to Madonna when speaking to Dua Lipa about her “Levitating” remix 😭 pic.twitter.com/ZlG5qTFyUc

INSTAGRAM (FOLLOWS APPRECIATED): Kate Jackson, the best actress on Charlie's Angels, turns 72 today. She had finally agreed to appear at an autograph show prior to the pandemic. Here's hoping we can get back to those one day soon.