ANCHOR: Check out the new podcast from Marcus Reynaga, The Marquitos Show. The podcast is described as:

The provocative podcast that is no-holds barred when it comes to pop culture, sex, politics, LGBTQIA issues, fashion, celebrity news/gossip, fashion, travel and more fun, titillating topics from the perspective of an urban gay Latino man!

In his debut episode (which I listened to on Spotify), he talks about the genesis of his show, and his second episode will be a frank sex chat with OnlyFans star Xavier Blanco.

EXTRATV: On Sunday, Trump dropped a giddy video from Walter Reed, thanking the staff and his supporters, and teasing what turned out to be a historically ill-advised drive-by outside the confines of the facility so he could wave to his fans and the media. The ride, in a suburban, included Secret Service in PPE, and definitely violated the state of Maryland's rules about sheltering in place when one is diagnosed with COVID-19.

Absurdly, Trump, in his video claimed:

I learned a lot about COVID, I learned it by really going to school — this is the real school, this isn't the “let's read the book” school. And I get it, and I understand it, and it's a very interesting thing and I'm gonna be letting you know about it.

And then he went for a ride.

HUFF POST: Seems not unreasonable to suggest that Trump might well have died of COVID-19 had he contracted it earlier in the pandemic, when the treatment course was far less established. He twice had dangerous oxygen-level drops and is on a drug reserved for severe cases.

THE HILL: A Walter Reed attending physician wasted no time in slamming Trump's Kabuki theater car ride — which ended with Trump being re-deposited at the hospital:

That Presidential SUV is not only bulletproof, but hermetically sealed against chemical attack. The risk of COVID19 transmission inside is as high as it gets outside of medical procedures. The irresponsibility is astounding. My thoughts are with the Secret Service forced to play. Every single person in the vehicle during that completely unnecessary Presidential “drive-by” just now has to be quarantined for 14 days. They might get sick. They may die. For political theater. Commanded by Trump to put their lives at risk for theater. This is insanity.

Jason Miller tried to tell Ana Cabrera that Trump has taken the coronavirus seriously and took all the proper precautions at his pandemic rallies. It did not go well. pic.twitter.com/OjFHAFNrFY

CNN: Jason Miller, Trump apologist, is auditioning for Worst Person in the World for when Trump dies. Here, he tries to complain that the media is wrong to say Trump never took the virus seriously — and absurdly claims that Joe Biden has used masks as props.

POLITICO: Trump knowingly put 206 people at that New Jersey fundraiser at risk when he went there — maskless — to mingle with them after he knew Hope Hicks was coronavirus positive.

NBC NEWS: Seven Republican Senate seats are currently vulnerable, while only one (Doug Jones of Alabama) is similarly vulnerable. The North Carolina race is a wild card now that incumbent Thom Tillis has COVID-19 and challenger Cal Cunningham is embroiled in a (much-ado-about-nothing) sexting scandal.

GR8ERDAYS: All eight U.S. presidents who died in office. Can you name them without looking?

YOUTUBE: SNL was abysmal; Chris Rock is creatively so far over the hill it's absurd. The only saving grace was a brief moment showing Kate McKinnon playing Ruth Bader Ginsburg one last time:

YOUTUBE: Jaime Harrison is running to defeat Sen. Lindsey Graham in the South Carolina Senate race, and if his debate performance is any metric by which to judge the likelihood of him winning this thing, he is winning this thing. He wiped the floor with Lady G:

CAPTIVATE: You're gonna love the new podcast DRAMA: an aural experience, written by Jeffrey James Keyes and directed by Aaron Salazar. Here's how it's pitched:

DRAMA: an aural experience is recorded & produced in New York City. The first episode, “Imaginary Friends” is based on a play of the same title that premiered in the Samuel French OOB Festival. In the play, which features Caturah Brown, Samantha Lacey Johnson, and Dara Kramer, “Sascha, Leslie, and Alice have an intimate discussion about the hauntings of their childhood.” 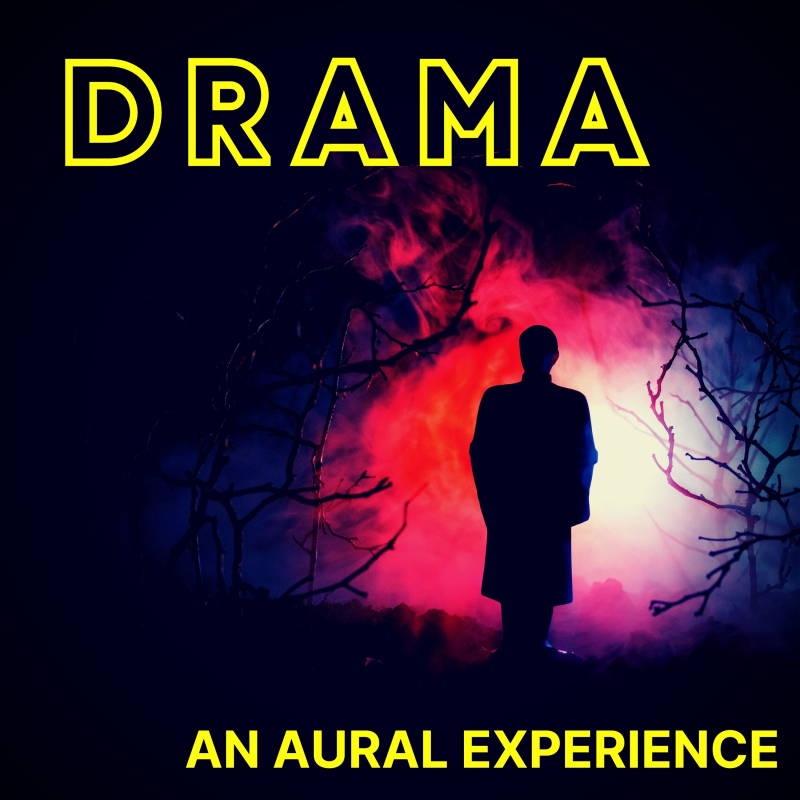 One psychological Drama after another ... (Image via Alvarez Keko Salazar Productions)