ABOVE: How in the hell is Viggo Mortensen 62?!

BELOW: Keep reading for Toobin (who took it out), Brody's booty, new debate rules, ailing Bridges and more ... 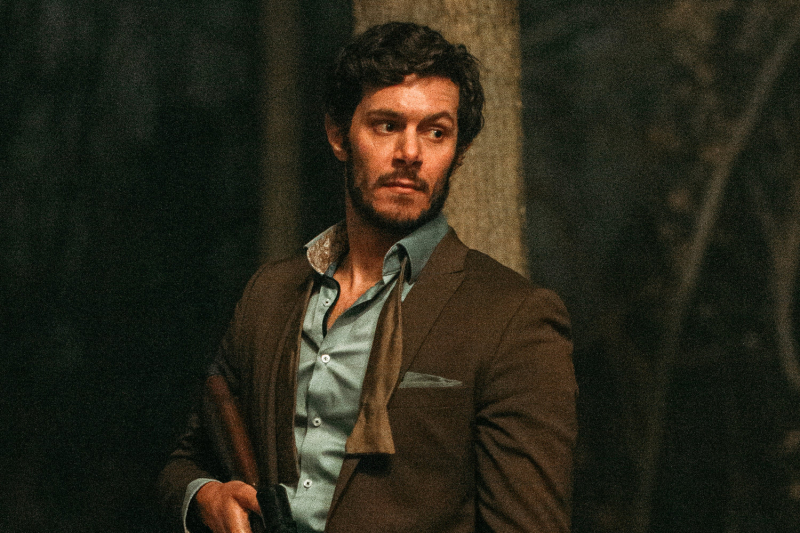 Public dick may be next. (Image via 20th Century Fox)

THE HILL: There will be some mic muting at the second and final presidential debate. What are the odds that Trump will bag it?

Bridges in the quirky 1984 movie  Starman (GIF via GIPHY)

THR: The amazing Jeff Bridges, who is 70, has revealed that he has lymphoma. He is optimistic:

As the Dude would say.. New S**T has come to light. I have been diagnosed with Lymphoma. Although it is a serious disease, I feel fortunate that I have a great team of doctors and the prognosis is good. I’m starting treatment and will keep you posted on my recovery.

EXTRA: Tragically, the legendary Robert Redford's son James has died of cancer at 58.

WAPO: The SCOTUS just barely allowed a decision to stand whereby Pennsylvania voters' votes could be counted so long as they were mailed on Election Day and received with three days. Half the goddamned Court wanted to throw those votes in the trash.

TWITTER: Trump claims he could pick up the phone and get millions from, for example, Exxon. Exxon says nah:

President Trump boasts about his fund-raising abilities, saying he could call up the head of Exxon for a donation. Exxon later says: "Just so we’re all clear, it never happened." https://t.co/V3LbGisjj8 pic.twitter.com/nCVOhDctHR

ONLYFANS: My OnlyFans photography page is just $9.99, and I can keep the crack supply flowing.

"What really struck a nerve here was that what my opponent did really epitomized everything that's wrong with the Trump era," says @ossoff of Sen. David Perdue mispronouncing Kamala Harris' name at a rally.

"He resorts to schoolyard insults... that's Trumpism in a nutshell." pic.twitter.com/Lr4TaTgZ4O

GR8ERDAYS: I am giving an A-plus to the brilliantly directed and acted Designing Women pilot table read, done for charity. Kyra Segdwick replaced the late, great Dixie Carter flawlessly and Wendi McLendon-Covey was a fine Suzanne, plus Jean Smart and Annie Potts are just absolutely amazing. This blew away the slapdash, live Golden Girls read, and I vastly prefer GG to DW as a show. Plus, Smart, Potts and creator Linda Bloodworth-Thomason did a wonderful Q&A to go along-with.

Delta Burke's absence was a bummer, but Wendi worked wonders! (GIF via GIPHY)