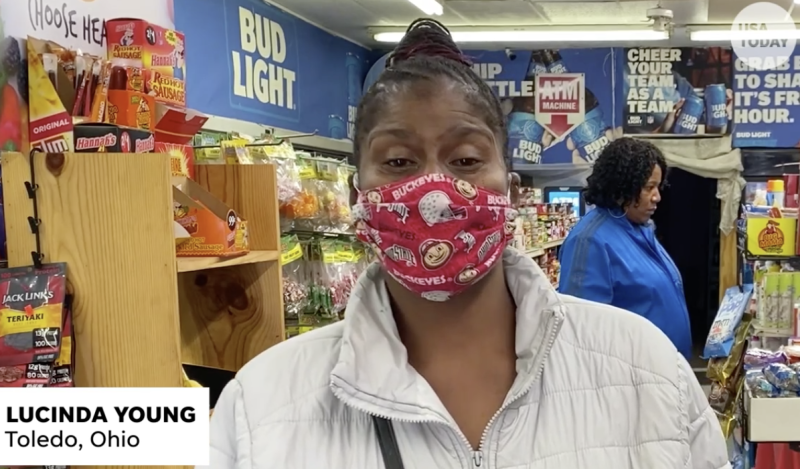 The editorial includes persuasive person-on-the-street videos, this one from Ohio. (Image via video still)

USA Today has, for the first time in its history, endorsed someone for president: Joe Biden.

Four years ago, the paper urged its readers not to vote for Trump, but stopped short of throwing its support behind Hillary Clinton. (Which is kinda the problem with 2016!)

For nearly four decades, the Editorial Board has stood for certain core values: truth, accountability, civility in public discourse, opposition to racism, common-ground solutions to the nation’s problems, and steadfast support for First Amendment rights. These aren’t partisan issues, or at least they shouldn’t be.

Donald Trump has trampled each of these principles, making more than 20,000 false or misleading statements, ducking responsibility for his actions, spewing streams of invective at his critics, trafficking in racial fearmongering, governing more as the leader of the red states than of the United States, and relentlessly attacking the free press.

Everything about Biden’s nearly half-century political career suggests he would do a far better job of respecting these values. “We need to revive the spirit of bipartisanship in this country, the spirit of being able to work with one another,” the Democratic nominee said in a recent speech in Gettysburg, Pennsylvania.