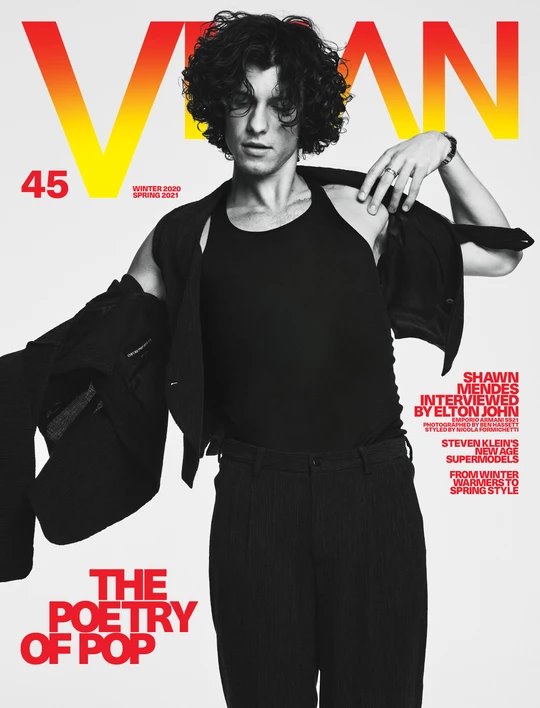 VMAN: I'm not feeling the photos of Shawn Mendes for the new Vman. In the issue, he is interviewed by Elton John, and raves about Camila Cabello, his GF:

I was going through this whole thing of like, “It’s going to be okay. If it all goes away, it’ll be okay. But if I lose my girlfriend, I don’t know if I’ll be okay.” That’s where “Can’t Imagine” spawned from. What’s on the record is [me] thinking of words on my first pass, stumbling [on] words, and I ended up recording just to get the melody down. I ended up keeping it because of the magic inside of it...It’s definitely made me very aware that no matter how prepared you are for the world, and no matter how practiced you are to be human, there is nothing like sharing it with somebody. The album feels very empowering and strong, but I want it to end on a very honest note.

TWITTER: In her return to new shows, Rachel Maddow reveals her partner Susan has COVID-19:

Maddow: Don't get this thing. Do whatever you can to keep from getting it.

Rachel Maddow reveals that her partner, Susan, tested positive for Covid-19 and is still recovering, and implores viewers to consider their loved ones when they calculate their own Covid-19 risk. pic.twitter.com/oUz2DBLG63

NYT: Giuliani's insane — INSANE — presser today regarding smears against Joe Biden and allegations of election fraud was overshadowed by his streaky sweats. Hair pros say it wasn't likely dye, but may have been a touch-up or eyebrow pencil. I thought maybe Toppik.

THE HILL: One of the top canvassing officials in Michigan — yes, a GOPer — is now leaning toward delaying certification of the vote there in order to investigate all of Trump's debunked claims of fraud. It's outrageous.

THE HILL: Sen. Joni Ernst of Iowa, a Republican, is outraged by Sidney Powell's claims — on behalf of Trump — that the election was bought and paid for.

HUFF POST: Trump has invited influential Michigan GOPers to the White House Friday to try to persuade them to toss the state's vote, disenfranchising millions, and handing him Michigan's electoral votes. They're taking him up on the offer.

AJC: Georgia's manual ballot review has confirmed the obvious — Joe Biden won the state by over 12,000 votes. This will be certified on Friday.

BLOOMBERG: A judge has tossed a Republican suit to slow the Arizona vote certification. 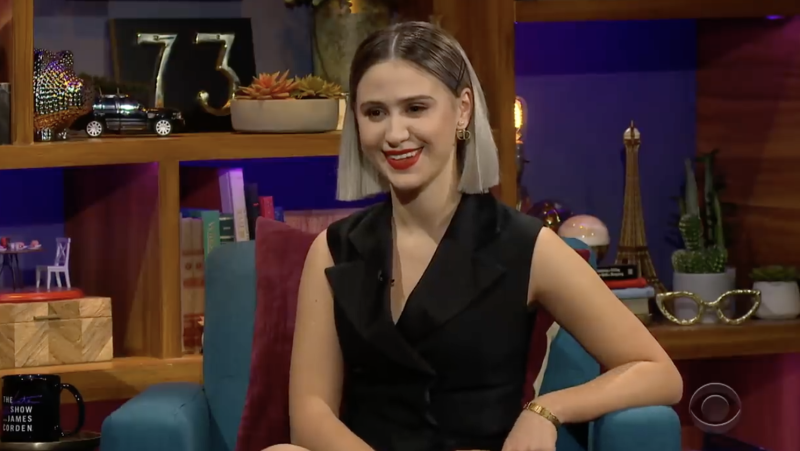 She worried her Borat audition was human trafficking in disguise. (Image via video still)