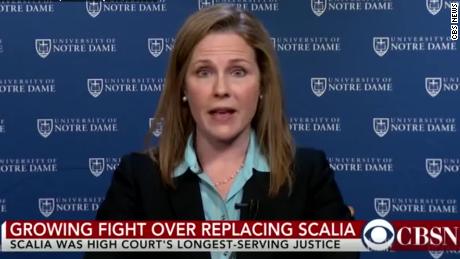 Thanks, asshole. (Image via video still)

In the first big Amy Coney Barrett-powered SCOTUS decision, the highest court in the land has decided that forcing religious institutions not to hold gigantic gatherings during a pandemic is unconstitutional because God.

Cuomo calls it a political decision. No duh.

Up next: Businesses will be allowed to discriminate against LGBTQ people because God. Book it.