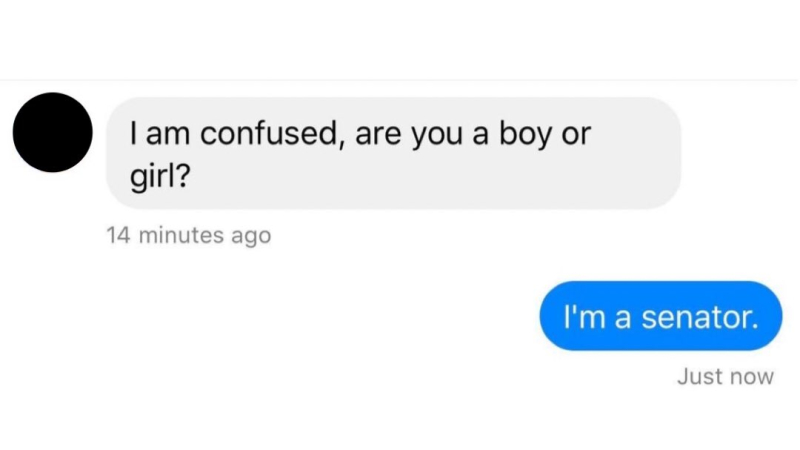 Delaware Dem Sarah McBride made history this month when she won her election to become the first transgender person elected as a state senator.

She just posted this pithy exchange with a constituent goading her about her gender identity. This is part of why she won, and is now the highest-ranking trans elected official in U.S. history.