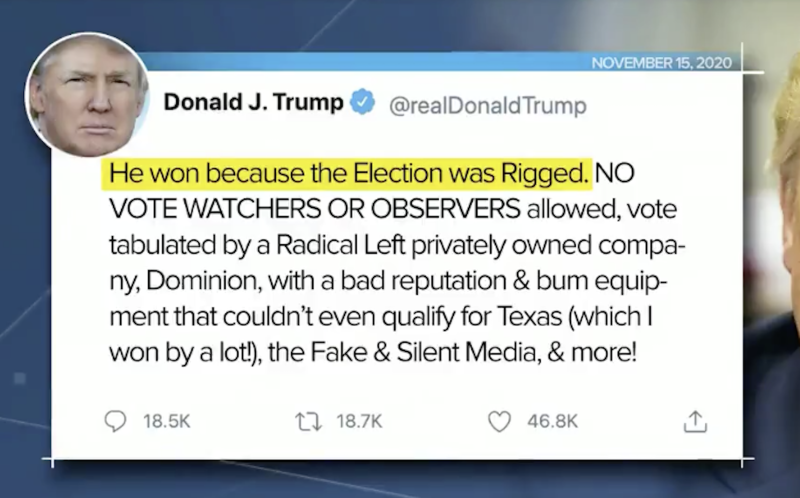 TWITTER: Trump seems to have accidentally conceded! (And he later took it back.) P.S. Trump has total faith in this, a guy who is proceeding on a hunch that Philadelphia cheated because Philadelphians are cheaters:

HUFF POST: Trump's undemocratic scheme to get state leaders to select electors who will throw the election to him in spite of the will of the voters is failing — lawmakers in Wisconsin, Pennsylvania, Arizona and Michigan have all passed on it.

PEOPLE: In the what will Trump do next? sweepstakes, People has a fun source. I love how they diss the source while dishing the source's info:

This source, who relishes the candor of anonymity as much as the quotability, goes on to say: “If he leaves open the possibility about a rematch, I think people will be excited. I'm also somebody who has told the president, 'If you concede or if you leave the White House after one term, you are the biggest player and the biggest fundraiser for 2022 and you'll be a king-maker for 2024,'” the adviser says.

How is this not Kellyanne Conway?

THE HILL: Stephen Moore characterizes Trump's threats to never leave the White House and withhold transition funds and support as his being “a little grouchy.” 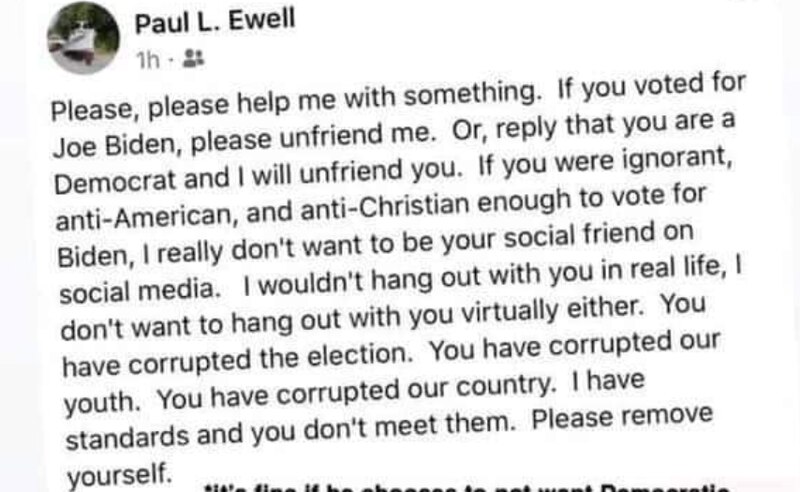 VIRGINIAN-PILOT: Paul Ewell, a Virginia Wesleyan University dean, took to Facebook to ask Biden voters to unfriend him because they're (checks notes) anti-Christian.

TWITTER: Meanwhile, Trump's Proud Boys literally went to D.C. and rioted — where were the coppers?

MILWAUKEE JOURNAL SENTINEL: Ted Perry, a popular Milwaukee newscaster, has been suspended for jokingly asking why 2020 took Alex Trebek but not Mitch McConnell. Where is his GoFundMe?! 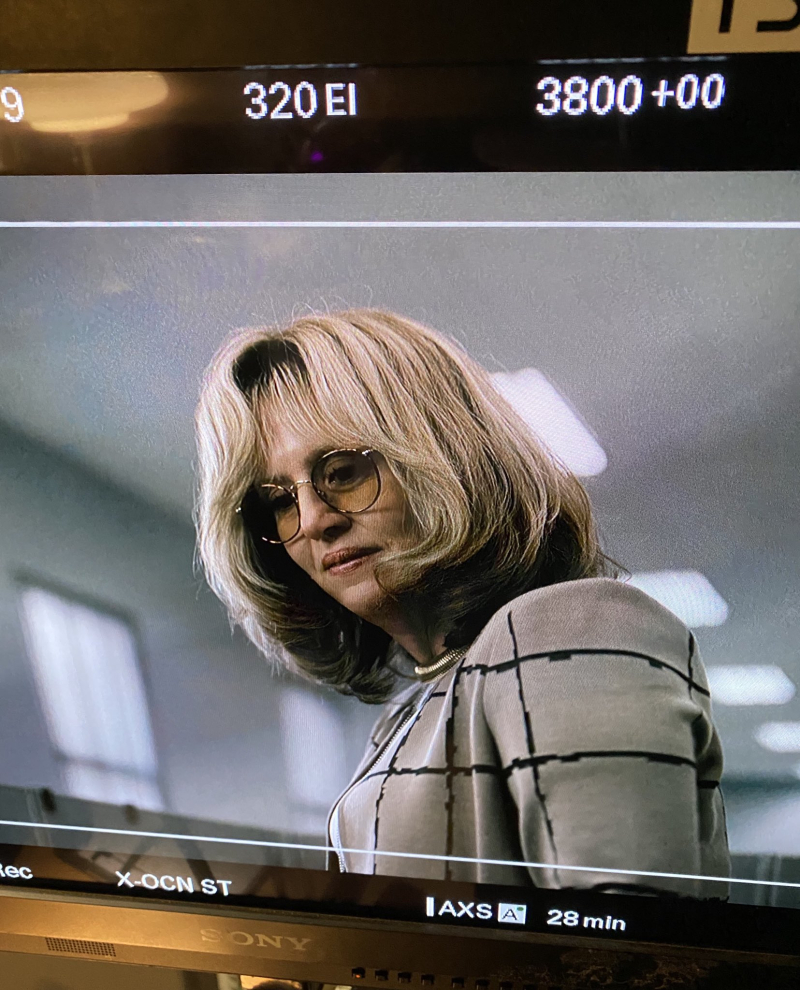 Is that Pat Paulsen? (Image via Sarah Paulson)

TWITTER: Instead of hiring an actress who looks something like Linda Tripp, why not hire a beautiful actress and make her up?

EURO WEEKLY NEWS: It's taken three years, but a gay couple allegedly harassed and humiliated by security guards at a Spanish mall may finally get a little justice. 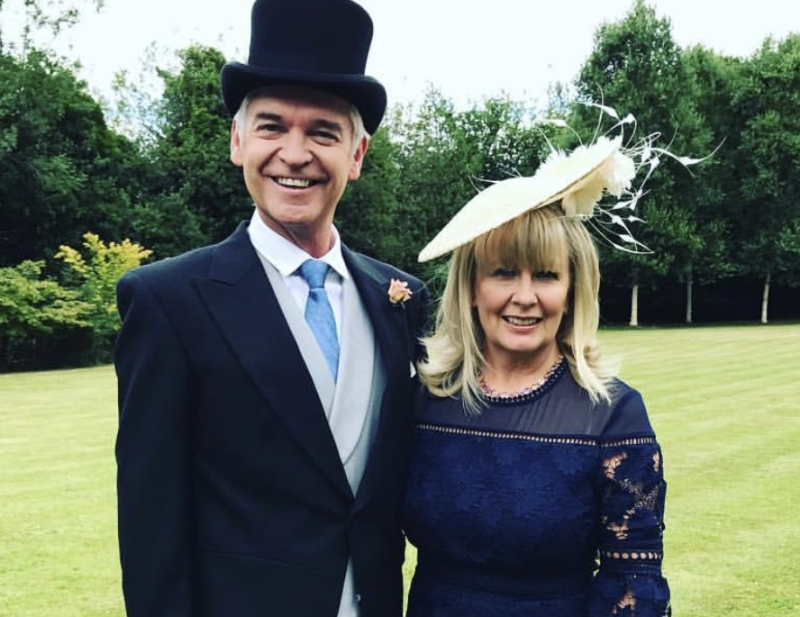 In retrospect, there were red flags. (Image via Instagram)

GOSS.IE: British TV presenter Phillip Schofield came out as gay at 58 — and now, he's talking about how his 27-year marriage to a woman is going.

ITV: Joan Armatrading has granted the most extensive interview of her career. A must-watch:

BOY CULTURE: I've updated my seven-year-old mega post on every living star age 80-plus — check it out and tell me who I am missing, or to criticize my personal list of who I think the Top 40 are. 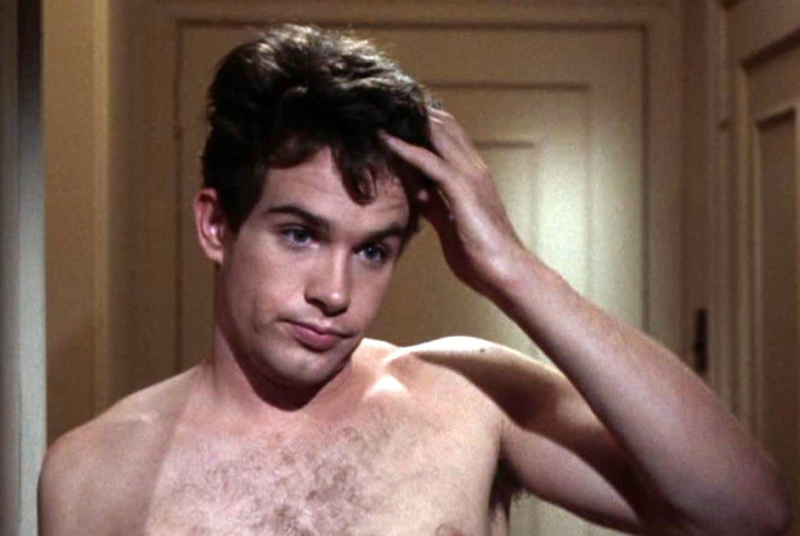