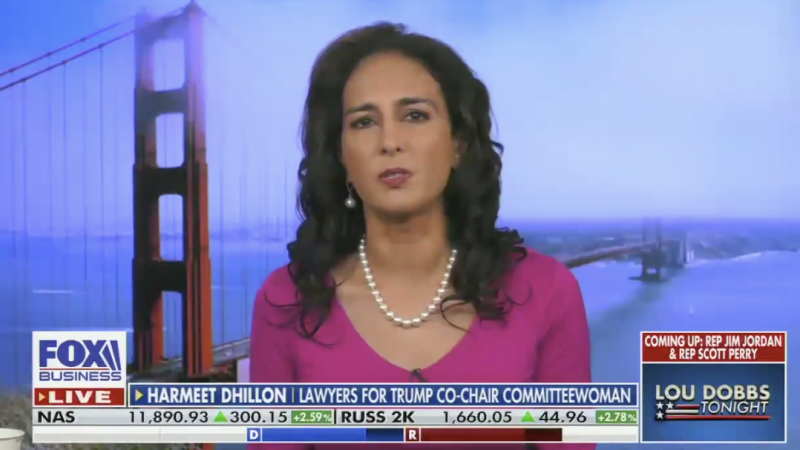 Who raised you, lady? (Image via video still)

Harmeet Dhillon, one of the lawyers in Trump's cabal, went on Fox Business and told Lou Dobbs — regarding ballots being counting in Pennsylvania — that she hopes the Supreme Court will do something.

Okay, fine. They won't anyway, but she also said:

Hopefully Amy Coney Barrett will come through and pick it up.

Trump campaign legal adviser: "We're waiting for the United States Supreme Court - of which the President has nominated three justices - to step in and do something. And hopefully Amy Coney Barrett will come through" pic.twitter.com/Z4bfBqsks5

Meanwhile, horrible Ric Grennell went on the same show and got contentious with Trump's all-time biggest fanboy, Lou Dobbs, over lawsuits in Nevada to try to disenfranchise voters. His voice makes me feel homophobic:

I think Lou getting pissed that Grennell has berated the media is rich!