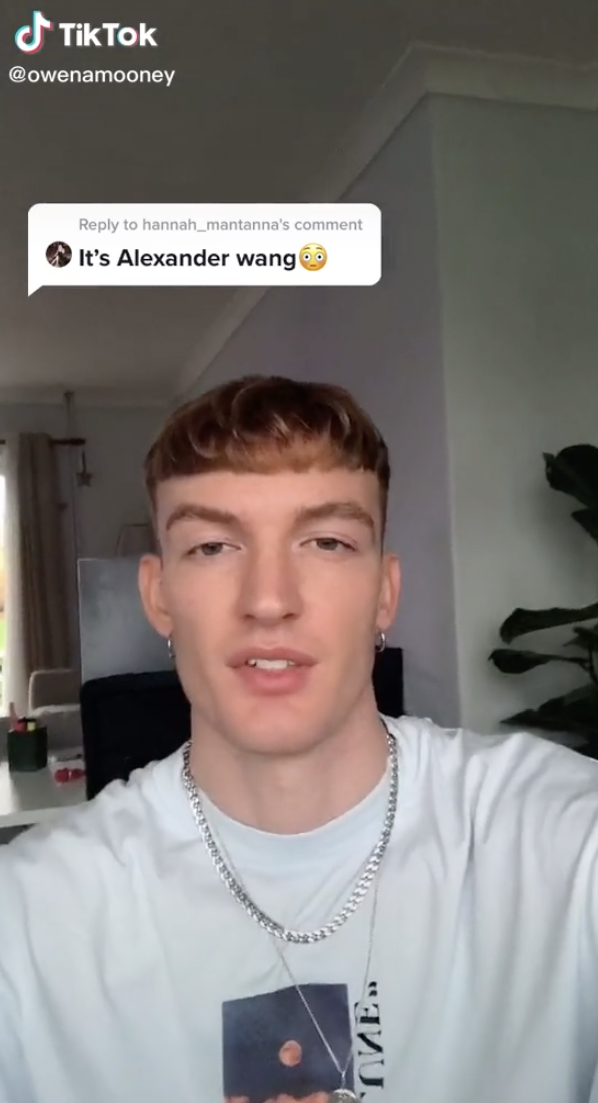 INSIDER: Designer Alexander Wang now has multiple public accusations of sexual assault, including by graphic designer Owen Mooney, who says Wang felt him up at a packed CupcakKe concert and now believes Wang needs to be “canceled.” Wang has forcefully denied the accusations.

THE HILL: These are the Republicans who will commit sedition by challenging Joe Biden's Electoral College results. (Spoiler alert: Mike Pence apparently isn't one of them.)

INSTINCT: Actor Daniel Newman is the latest blue-check OnlyFans show-off. (He is upfront in stating it will be PG or R, not X.) If I could get $100,000 fast, I'd be jacking off and showing hole daily on that thing.

JOE.MY.GOD.: The Nashville bomber believed in lizard-people and other QAnon trash. Say it with me: Domestic terrorist.

HUFF POST: I love reading stuff like this — Team Biden wants  recommendations for all existing court vacancies by January 19.

EVENT BRITE: Some ass is advertising a large, indoor Brooklyn NYE party on Eventbrite. Also, on a related note, it looks like Jeffrey Sanker didn't cancel that grotesque gay NYE  bash in Puerto Vallarta — he just scheduled it to be even less safe: 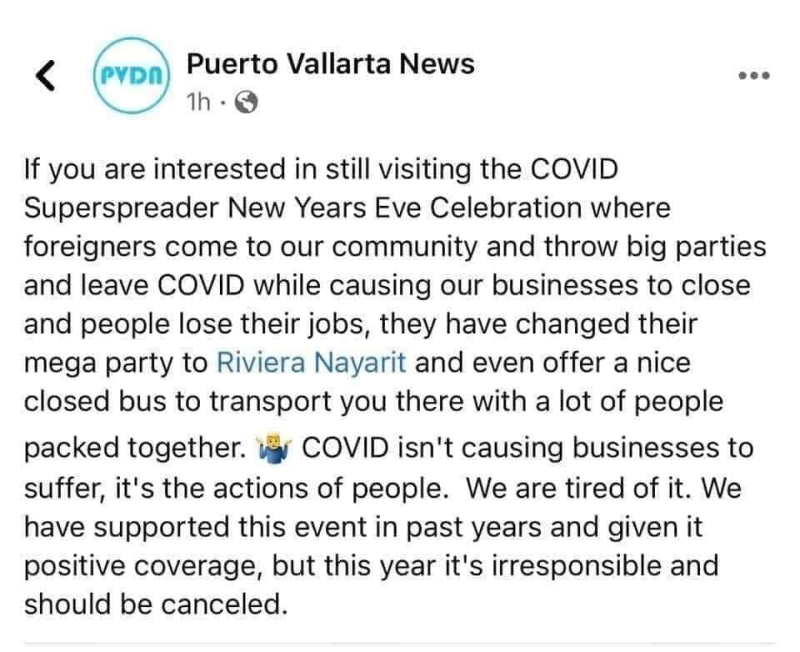 This is just how greedy Jeffrey Sanker is. (Image via Facebook)

Too bad COVID-19 isn't a disease that particularly affects the young and mostly spares the old; society's reactions would be markedly different.

BLOOMBERG: This story of cruise-line employees forced into at-sea quarantines for months, even as suicides piled up, is heartbreaking.

QUEENS EAGLE: Some good news at last: Several of those A-holes who conga-ed at that New York state Republican Christmas party have now tested positive for COVID-19. That's the only goddamn thing that would make anyone that stupid think twice.

TWITER: I'm dead-over all these mentally ill people who don't even fucking know the law (you have no expectation of privacy in a business — sorry!!!!) and who insist on lying and spreading disease. Just done. They need to be dragged to prison:

I’ve never seen that many cops show up to apprehend a white woman in my life. 😆 pic.twitter.com/kol8eTwugv

YAHOO! ENTERTAINMENT: Quack TV doc Dr. Drew — who early on pooh-poohed COVID-19, and was later forced to eat his words — now has the virus. From his sickbed, the asshole is already stating he looks “forward to the immunity on the other side of this ...” even though there is absolutely no scientific proof that one is immune after one bout with the disease. 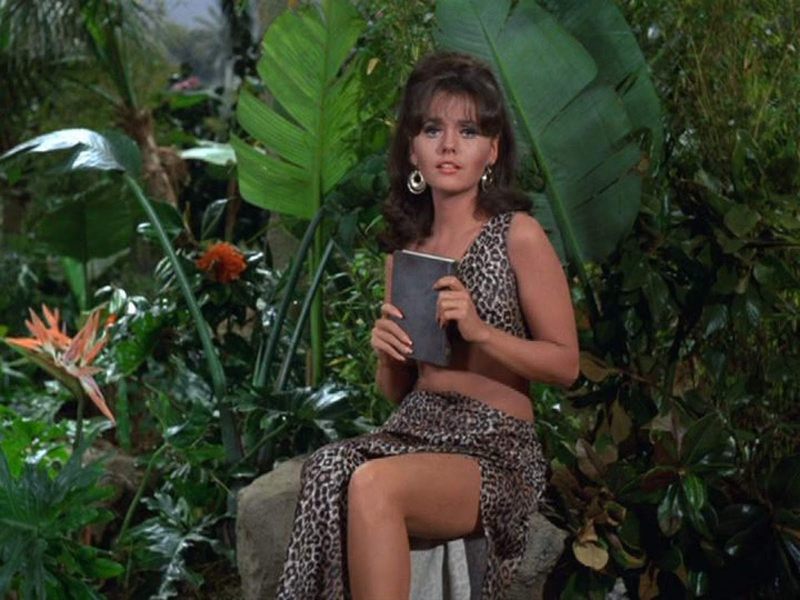 Ginger or Mary Ann? I liked the episode when they were each other! (Image via CBS)

Another sudden, possibly COVID-19-related death: Shabba-Doo, the godfather of breakdancing. Madonna fans will recall him for his performances on the Who's That Girl tour in 1987, and he was electrifying on Soul Train. Also noted for starring in Breakin' and Breakin' 2: Electric Boogaloo. He was recovering from what he thought was a bad cold and had tested negative for COVID-19, but died less than a day after an upbeat update.