ABOVE: Black-and-white classes up any package.

BELOW: Keep reading for why Instagram continues to be evil, what the Nashville bomber's motivation and musical tastes were, the final resting place of your stop-motion animation faves and more ... 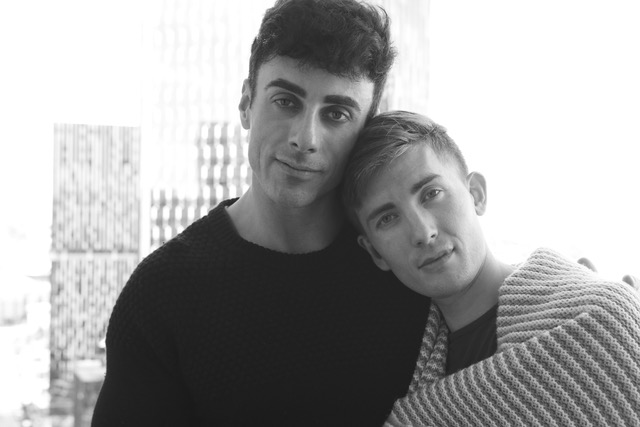 The couple was shocked to lose their hard work in an instant. (Image via Matthew Olshefski & Paul Castle)

LOS ANGELES BLADE: Gay influencers Matthew Olshefski and Paul Castle have been sharing their lives on Instagram — but lost their account for impersonating someone else. Which isn't true. But as you may know, Facebook/Instagram don't allow much, if any, customer-service interaction, so they've been without their 33K-strong account with no way to get the attention of the monopoly:

A source knowledgeable of the company’s operations but not authorized to speak to the media told the Blade that almost complete reliance on the automated systems and next to no human oversight as a result of the remote virtual work environment has developed into a backlog of disputed decisions on accounts that have been disabled- as a direct result of the algorithms being tripped by repeated so-called ‘complaints’ over content in particular.

This shit happens all the time, and I do believe it is anti-gay, both in the software itself and in the company's reliance on tattletales — who get to remain anonymous, and therefore whose agendas are shrouded in secrecy, too.

KUOW: Black gay veteran Joseph Patton recalled living a lie in the military in the '50s, all because his dad had told him enlisting would make him a man — though he also recalled finding the uniforms cute. Not so cute was the enforcement of the policy against gay servicemembers:

They had military police walking around to check and see if there were any service men in any of these gay bars.

Patton was discreet, but was still punished — just for being friends with two servicemembers who did come out as gay, and as lovers. Patton was given an undesirable discharge, which was altered to honorable in 1977. He died earlier this year, but the rest of his message is inspiring.

WAPO: I like this kind of talk from President-elect Biden, who was responding to a reporter insinuating he wasn't ready to fight with Republicans:

Well, let me tell you something. You guys have been saying that about me since the day I ever got into office. You said that when I announced, that I was a nice enough guy but didn’t get it, didn’t know what was going on. I respectfully suggest that I beat the hell out of everybody else. I won the nomination, got everybody to come around and won by over seven million votes. So I think I know what I’m doing and I’ve been pretty damn good at being able to deal with the punchers. I know how to block a straight left and do a right hook. I understand it.

Good, because Trump is ready to let Americans twist in the wind, and even when he's gone, he has minions and admirers in high and low places. P.S. Members of Congress are currently urging the Orange Ogre to sign the COVID-19 relief bill, but he's too busy vacationing.

WKRN: Police say that Petula Clark's “Downtown” was played from the RV before it blew up in downtown Nashville on Christmas morning. Very Seinfeld.

More seriously, the possible suspect, Anthony Quinn Warner, may have been a QAnon nutbag who feared 5G technology.

DEADLINE: Nobody I know liked Wonder Woman 2, but everyone watched out of curiosity, so a Wonder Woman 3 is now being fast-tracked.

GR8ERDAYS: The only two surviving Rudolph the Red-Nosed Reindeer (1964) stop-motion puppets — Rudolph himself and Santa — are now in the possession of the Center for Puppetry Arts in Atlanta, where they will eventually go on display. The pair of puppets, originally estimated to be worth $8,000-$10,000 on Antiques Roadshow, sold for $368,000 in November. On a related note, millennials currently control just 4.2% of U.S. wealth, and are four times poorer than boomers. 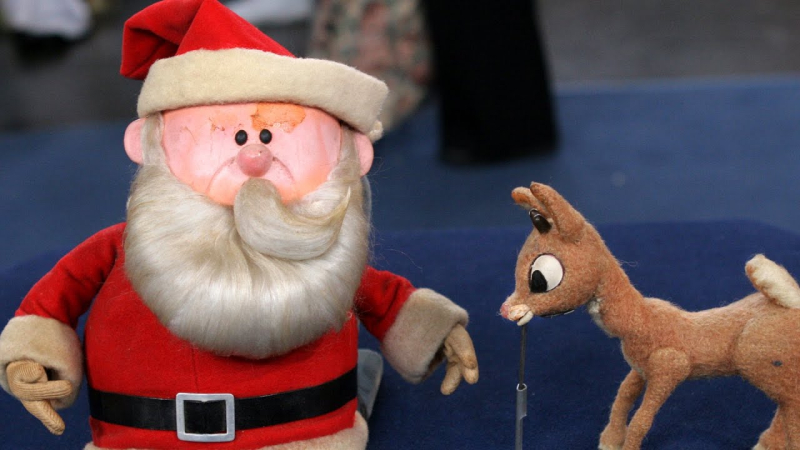 Misfit toys you can retire on (Image via Antiques Roadshow)