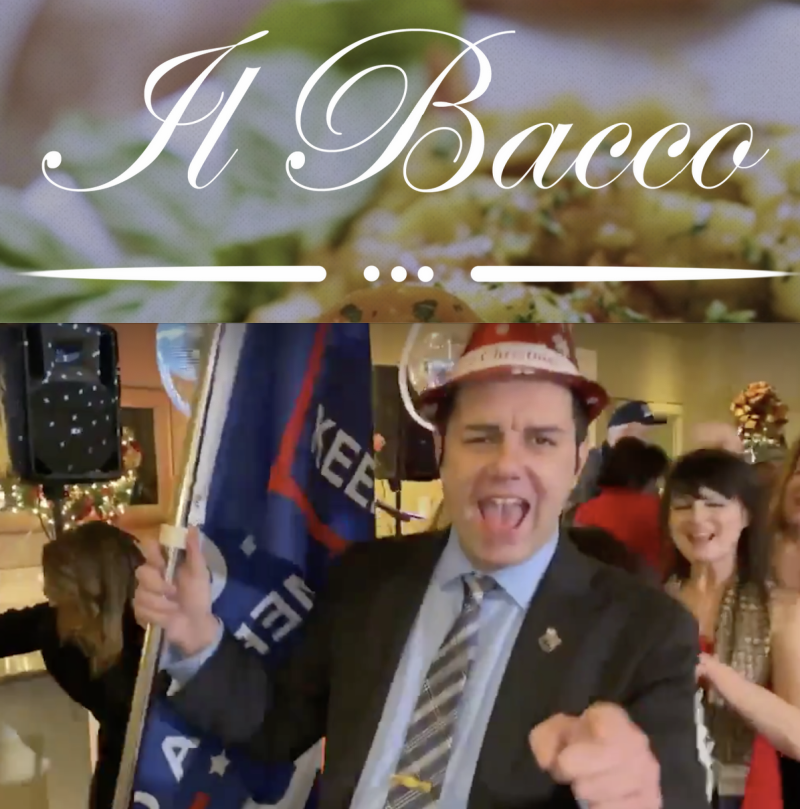 The Whitestone Republican Club of New York state has announced that adults have every right to do as they please, even in a pandemic, even when doing as they please endangers the lives of others.

the Whitestone Republican Club in NYC apparently held a Christmas party this year without a care in the world about COVID pic.twitter.com/mHzW86d9M7

The holiday party, captured on video and making the rounds on social media now, was held on December 9 at Il Bacco in Queens. Its owner, Joe Oppedisano, had previously sued over Gov. Andrew Cuomo's rules regarding restaurants, but he has stated emphatically that no rules were broken, as this occurred before the current ban on indoor dining. He also claims everyone had their temperature checked which, at this point in the game, I think we can all agree is hardly definitive.

I saw the video. Covid conga lines are not smart. That is my official position. Why you would do an unmasked Covid conga line in the middle of a pandemic defies logical explanation.

Hopefully, the state will mire the place in lawsuits and run them out of business for good.

P.S. The gray-haired witch in the video is Queens' queen of mean Vickie Paladino, who is running (dancing?) for City Council. Her campaign has courted the support of the Proud Boys, which makes the pair of Black people dancing gaily along with this conga line ... vicariously troubling? I don't even know the words anymore.