BELOW: Keep reading for an attack on Matt Gaetz, a Grinch-themed Georgia ad, when Obama met Madonna and more ...

It is also beyond the pale that Rep Matt Putz – I mean @RepMattGaetz – would participate in this. What a fool.

Matt – You are not welcome in New Jersey, and frankly I don’t ever want you back in this state. pic.twitter.com/j67x9Z2lAf 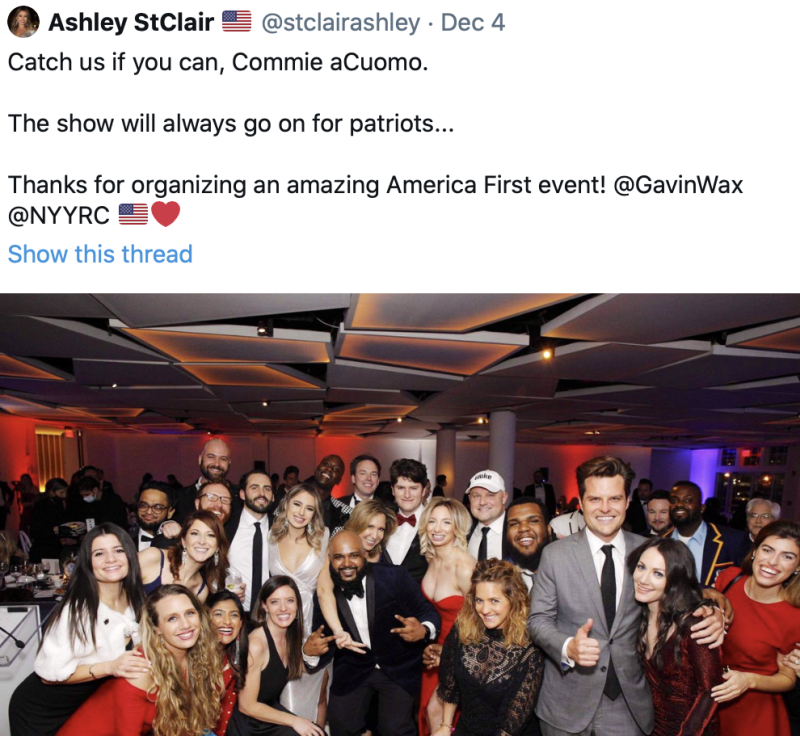 No one involved was even doing this in their own state, but the venue was shut down cold.

INSTAGRAM: The Meidas Touch is back with another awesome attack ad, this one on Loeffler and Perdue. Let's hope this works!

POLITICO: Could Jaime Harrison be the next DNC chair? (I'm not sure that Stacey Abrams would even want that, but she would be ideal.)

EW: Madonna was dying to meet Obama, who now recalls meeting her backstage at The Tonight Show, saying:

INSTAGRAM: Saying goodbye to '60s/'70s actress Pamela Tiffin, a contemporary of Raquel Welch and Ann-Margret who never achieved their level of stardom after a promising start. She retired after 1974, following a vibrant career in Italy. (Image via Australasian Post)